Today is the 211th anniversary of the Battle of Trafalgar 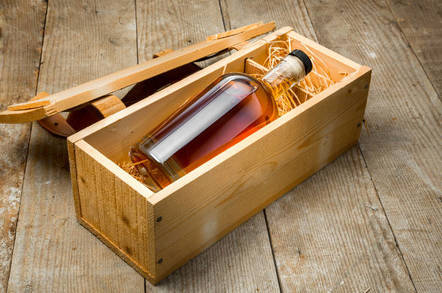 Nelson's body was, according to legend, preserved in rum in a cask aboard HMS Victory. Pic: Shutterstock

Today marks the 211th anniversary of the Battle of Trafalgar, in which Admiral Horatio Nelson gave the combined naval might of France and Spain a bloody good kicking.

The battle was fought off Cape Trafalgar, near Cadiz in south-west Spain. Admiral Nelson's fleet of 27 ships comprehensively defeated 33 French and Spanish warships under the command of French admiral Pierre-Charles Villeneuve.

At the time, naval warfare consisted of sailing up and down in parallel lines, firing cannon at enemy ships as they passed by.

Whoever had the longest line, and could therefore bring the most firepower to bear, generally won the battle.

Tactical genius Nelson defied conventional wisdom by cutting the enemy line in three, sailing two columns across the middle of the Franco-Spanish line.

The idea was for the enemy flagship to be isolated from the rest of the fleet, stopping their ships from being able to see the flag-hoisted signals used for command and control, sowing chaos in the allied fleet.

Nelson's famous signal to the British fleet, “England expects every man to do his duty”, was hoisted aboard his flagship HMS Victory at 11.48am on the 21 October 1805. The last signal the British fleet saw from Nelson was “Engage the enemy more closely”.

The battle was an overwhelming victory for Great Britain, with Nelson's fleet capturing 22 French and Spanish ships and not losing a single vessel. Sadly Nelson died after being wounded by a French marksman firing from the rigging of the French ship Redoutable, which was locked in a tight ship-to-ship battle with Nelson's flagship. The spot on Victory's deck where he fell is marked by a brass plaque that can still be seen today aboard the Victory, which is now moored as a museum ship in Portsmouth.

In modern-day naval news the Russian navy is sailing its sole aircraft carrier, the Admiral Kuznetsov, plus a task group of warships through the English Channel. They are being escorted by HMS Duncan, a Type 45 air defence destroyer, and were intercepted earlier this morning off Dover by a news helicopter from the BBC.

Also announced today by the Ministry of Defence is a £117m deal between Britain and France to build a fleet of autonomous mine clearance boat, strengthening ties between us and our ancient nautical enemies. ®