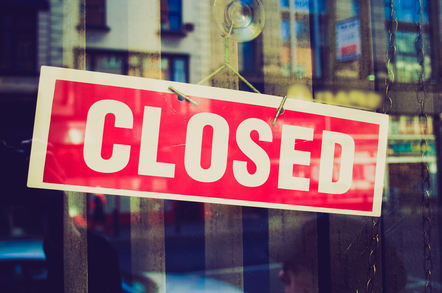 Fujitsu slashed the vocal chords of its UK employee consultation committee before it confirmed to personnel that mass redundancies were to take place, El Reg can reveal.

Some 1,800 of the rank and file were told their jobs were being put "at risk" earlier in October, but sources told us that just prior to this they’d been informed of the firm’s decision to shutter Fujitsu Voice, which has been chaired by a Unite union rep.

The plan, a Fujitsu spokesman told us, is to shift UK workers’ reps onto a centralised European works council as discussions about the extent of the cuts in specific areas are considered.

“There is a European [consultation committee], and there will be a UK constituted replacement by the end of next [calendar] year,” the Fujitsu voice box said.

Asked the reason for the move to a European-wide consultation committee, Fujitsu said it mirrored the shift toward a centralised operation model that the business shifted to on April Fool’s Day - decision-making was devolved from top brass at country level.

“We think the European committee will be a better forum for discussions,” he said.

When pressed for details on why, the spokesman said he was unable to go into the matter further.

“That is the company’s view.”

The timing of Fujitsu Voice’s closure and the subsequent redundancy memo that came “straight after it” was called into question by staff. “It’s almost as if they planned it that way,” one company insider said.

“Any commitment to replace it [Fujitsu Voice] post-dates the redundancy round and there is no guarantee in the form, scope or influence of any replacement body,” our source added.

The first redundancies are due to take place in 2017.

Ian Tonks, Unite national officer for IT, told The Reg he was “deeply disappointed” that Fujitsu didn’t want to face trained trade union staff to “challenge them” on their plans for the workforce.

He also said the timing of the closure of Fujitsu Voice came when it was more needed than ever.

El Reg guesses this was the point. ®