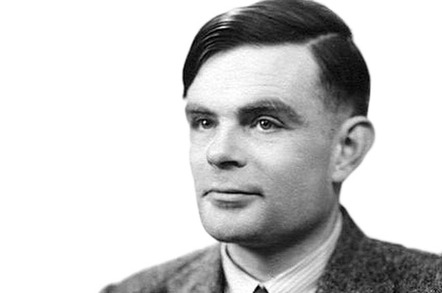 The government is set to extend the posthumous pardon given to Alan Turing for gross indecency to all of those men who were convicted for homosexual acts under legislation which has since been repealed.

Back in 2009, Gordon Brown, as Prime Minister, apologised for the appalling persecution of Alan Turing, which involved a conviction for gross indecency under Section 11 of the Criminal Law Amendment Act 1885, applied to Turing after he acknowledged his sexual relationship with another man.

The father of computer science subsequently underwent "treatment" for his sexuality which involved being injected with synthetic oestrogen. Two years later, in 1954, after having been barred from his cryptographic consultancy work for GCHQ and without the public knowing of his peerless contributions both to the UK's war effort and to computing, he apparently committed suicide by cyanide poisoning.

Now, a Liberal Democrat amendment to the Policing and Crime Bill, put forward by Lord Sharkey, is set to receive the nod from UK Prime Minister Theresa May. It will automatically provide a posthumous pardon to the 59,000 men convicted of gross indecency who have passed away, while the 16,000 men who are still alive will be required to submit paperwork to receive theirs.

Lord Sharkey described the move as "a momentous day for thousands of families up and down the UK who have been campaigning on this issue for decades," and said he was "very grateful for the Government's support."

It is a wonderful thing that we have been able to build on the pardon granted to Alan Turing during the Coalition by extending it to thousands of men convicted of sexual offences that existed before homosexuality was decriminalised in 1967 and which would not be crimes today.

Justice Minister Sam Gyimah said it was "hugely important that we pardon people convicted of historical sexual offences who would be innocent of any crime today".

He explained blanket pardons for the living - as proposed in a private members bill put forward by the SNP - were not workable, as "without the detailed investigations carried out by the Home Office under the disregard process, could see people guilty of an offence which is still a crime today [including offences involving children] claiming to be pardoned." ®