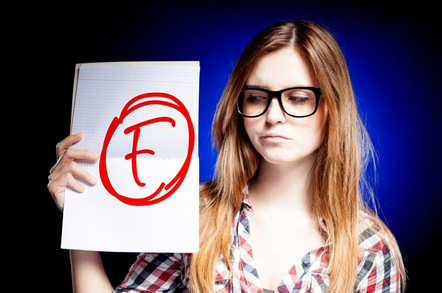 Australia's AU$700k-per-year chief statistician has told a Senate estimates committee that the August 2016 Census crash lopped $30 million off the hoped-for $100 million savings to be had from taking the survey online.

The Australian Bureau of Statistics (ABS) spent $10 million to have IBM conduct the online Census, but the combination of inadequate DDoS protection and a misconfigured router took the systems offline for two days. By El Reg's count that means the fix cost $10m a day - from the day of the crash to the restoration three days later.

David Kalisch, head of the ABS, said “sorry” to the committee, saying “I apologised to the community on behalf of the ABS, and I repeat that apology sincerely today.”

“The ABS made a number of poor judgements in preparation for the 2016 census that led to the poor experience of many households.

“We made a difficult decision to take the system offline on 9 August to ensure the security of the Census data”, he said, but “the system should have been robust to DDoS events”.

In response to questions from the senators, Kalisch revealed how much money got moved to /dev/null as a result of the outages:

“We have to date probably incurred additional costs of around $20 million”, he said – in other words, $10 million a day for a two-day outage, and more to come. “We anticipate possibly spending another $10 million”, he added.

Kalisch told the senators that in spite of $257 million in the 2015 budget to update its systems, they remain in a “parlous state”.

“While the systems refresh is taking place, the ABS will continue to have fragile, ageing statistical and collection systems,” he said.

About the ABS's much-criticised decision to keep names until 2020, Kalisch conceded that “there should have been a longer consultation process”.

The ABS published its information paper about name retention in October 2015, but didn't drop a media release about the process until November 2015, and submissions closed in December. The remaining public consultation consisted of 16 focus groups.

Lack of resources isn't just denting the bureau's IT systems. Later in the hearing, Kalisch agreed that the bureau doesn't have funds to cover “all of the statistics that our key users would want us to produce”.

“If I could give you a sense of some of the work we are doing at the moment … opportunities to better measure productivity in … the health and education sectors.” That, he said, has been held back by lack of resources.

New Zealand and Canada, he said, have better measurements of the effectiveness of government programs.

Kalisch's evidence to the committee starts at 20:40:48 of the Parliamentary video posted here.

A separate Senate inquiry into the Census continues next week. ®

Bootnote: Visitors to the Bureau's site see .nsf pages, the tell-tale sign of the hardly-leading-edge Notes/Domino. Which comes from IBM.