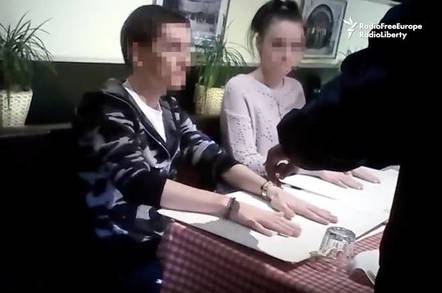 Nicked ... Alleged hacker was collared while on a date with his girlfriend

Vid Czech Republic police have arrested a Russian believed to be the hacker behind the massive 2012 theft of more than 100 million LinkedIn user credentials.

Working in cooperation with the FBI and Interpol, Prague cops detained the man, named only as Yevgeniy N, on October 5. He now faces extradition to America to be tried on hacking charges. US officials say the chap is not linked to any of the recent major hacking operations attributed to Russia.

Following the 2012 breach of LinkedIn member information, we have remained actively involved with the FBI's case to pursue those responsible.

We are thankful for the hard work and dedication of the FBI in its efforts to locate and capture the parties believed to be responsible for this criminal activity.

According to a Czech police report published yesterday, the suspected hacker was taken into custody about 12 hours after Interpol reported he was in Prague. After being nabbed by officers, the man collapsed, was taken to hospital, and later returned to police custody.

A video from Radio Free Europe appears to show the bloke being collared by police while in a Prague restaurant with his girlfriend near the hotel he had been staying in. Cops say he had been driving around Prague in a flash motor.

The 2012 LinkedIn hack, initially thought to have impacted only 6.5 million people, resurfaced earlier this year when someone connected to the attack sought to sell 117 million account credentials for the business-focused social network.

LinkedIn has since responded to the incident by invalidating the credentials for any account that had not updated its password since the break-in occurred. ®