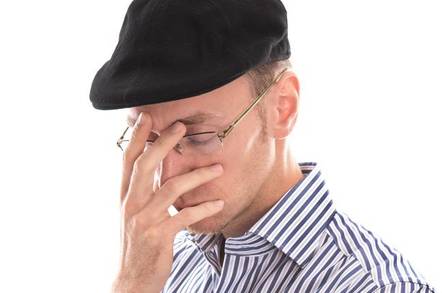 Several popular and legit internet domains were wrongly added to Orange's terrorism block list. Browsers visiting domains on the list are redirected to a ministry webpage that explains why people aren't allowed to look at the banned content.

On Monday morning, Orange customers who tried to check into Google.fr, Wikipedia, cloud provider OVH, and other sites, found themselves being redirected by Orange's DNS resolvers to an Interior Ministry webpage explaining that those sites were now blocked. The banned websites were accused of providing instructions for carrying out terror attacks or celebrating acts of terrorism.

Since 2015, the French government has had the power to steer people clear of websites it determines are an aid to terrorists; officials hand ISPs a list of domains to filter.

This censorship is used infrequently, which explains why the sudden influx of traffic from people wanting to search Google and use other sites crashed the ministry's website faster than the British pound.

Orange told Le Monde that the websites had been added to the terrorism watch list due to "human error." It apologized and said that "access to the site is on the mend," and normal services were resolved within a few hours of the fault being noticed.

The slip-up wasn't just embarrassing for Orange – Google won't be pleased either. During Monday morning's kerfuffle, search rival Qwant took the time to put the boot in with a tweet urging Chocolate Factory customers to try it as an alternative.

After a series of attacks, France is understandably on edge when it comes to websites that promote terrorism – but it's clear that the current system needs some rough edges smoothed out. ®