Basic income after automation? That’s not how capitalism works

Should there be a base amount of cash given to all? 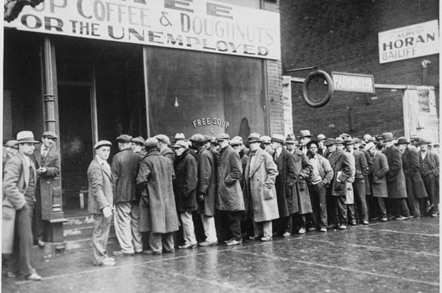 Analysis Philosophers, economists and other academics have long discussed the idea of “basic income” – an unconditional monthly check from the government to every citizen, in an amount at least high enough to cover all basic necessities. Recently, this idea has gained more political traction: Even conservative parties consider it, and government-initiated trials are running or about to start in Finland, the Netherlands, Canada, and potentially elsewhere.

One reason this idea has caught politicians’ attention is the fear that large-scale automation will soon put many people out of work permanently, even as economic growth continues. (Truck and taxi drivers are currently the most discussed example.) Basic income is seen as a solution to the social problems that the predicted “technological umemployment” will bring.

In the past, the argument goes, there was a lot of work to be done. Hence income had to be earned by working, and government checks had to be reserved strictly for those who were unable to work. Income was deserved, a compensation for the burden of work.

But with less and less work to do, this system comes to resemble a twisted game of musical chairs: In the future, it will be mathematically impossible for everyone who wants a job to find one. We can therefore no longer deny income to those who don’t work.

A false and dangerous argument

Under capitalism, technological progress results in more products, not in more leisure. Factories that improve their efficiency don’t shut down and send workers home early – workers keep the same hours and crank out more goods. 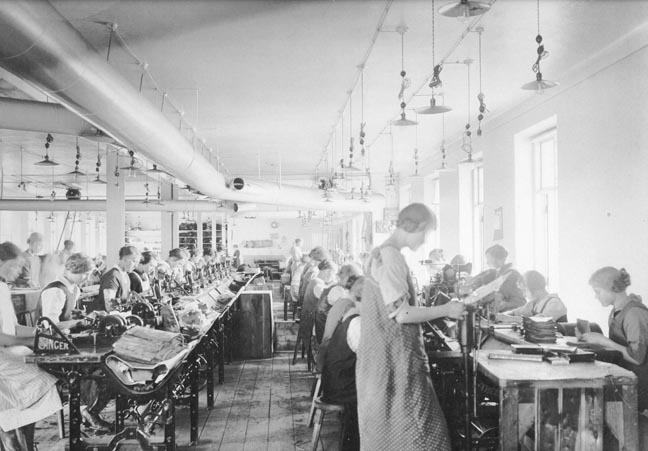 Shoe-making technology has improved markedly, but workers have no more time off than before. Efraim Stensburg/Uppsala industriminnesförening

True, technological progress can cause temporary unemployment. But a look at history will tell you that, unless we switch to another economic system, there is no reason to fear (or hope) that automation will put people out of work permanently. (Contrary to recent claims, artificial intelligence will not change that point.) The Automation Argument simply misunderstands how our economy works.

Neither does the Automation Argument advocate fundamental economic reforms. It justifies basic income by the need to cushion the effects of automation, and that is the same reason we give for today’s conditional welfare payments: The checks are a charity toward those who cannot work. So even if automation did cause widespread and permanent unemployment, a basic income for those affected would not be progressive or emancipatory.

The premise that automation will make human work superfluous flies in the face of all historical evidence. (Economists refer to it as the “Luddite Fallacy.”) The dream that machines will some day do most work for us is almost as old as mankind. Since the early 20th century, that dream has seemed within reach, and predictions of the end of work abound.

In 1930, British economist John Maynard Keynes famously predicted that, within 100 years, only 15 hours of work per week would be needed to satisfy one’s “absolute needs.” In 1980, French philosopher André Gorz suggested a policy that would have increased free time for workers at the pace at which computers were then expected to increase workers’ productivity: from a 40-hour work-week to a 35-hour week over the first four years, to 30.5 hours at the end of year eight, and so on.

And yet today, despite all technical progress, we still have to eat our bread in the sweat of our face. How is that possible?

The fact that automation never increased leisure time is an inherent consequence of our economic system. Whenever machines let us do something faster, we tend to just plow that extra time into making more, instead of taking that time off.

Imagine a worker in a shoe factory, who produces 100 pairs of shoes in an eight-hour workday. Now suppose that the machine she operates during these eight hours is exchanged for a new model which suddenly cuts production time in half: Our worker now produces 100 pairs of shoes in only four hours. In principle, the factory could keep shoe production constant, in which case the worker would have the rest of her day off.

That is a political choice a society can make. As of yet, however, we have always chosen the opposite: Capitalist societies keep work-hours constant and increase production. Our exemplary worker continues to work an eight-hour day, but is now expected to produce 200 pairs of shoes during that day (and usually at the same wage). As the tele-teacher in Douglas Adams’ “Hitchhiker’s Guide to the Galaxy” aptly explains: Until we reach the “Shoe Event Horizon,” we will simply produce ever more shoes.

On the way there, technological progress will indeed wipe out some jobs, but new ones will arise in their places.

Take the example of the U.S.: Work productivity – that is, the value produced per work-hour – has quintupled since 1947. On average, every hour that Americans work today yields five times as many (or as valuable) products as an hour worked by their grandparents. At the same time, however, work-hours per person did not decline.

Other industrialized countries have seen similar increases of work productivity without a decline in work-hours. Many European countries recently raised the retirement age, effectively increasing the absolute number of work-hours per life.

Certainly, the past is not always a guide to the future. Some argue that this time it’s different because we will soon have artificial intelligence, so robots could take over even high-skill jobs. But it is unclear why that should make a principle difference if we keep our economic system: The principle of production increase over leisure increase applies independently of the type of job in question.

On top of that, the current changes seem rather small in historical perspective. Google or Airbnb might have introduced important new technologies or business concepts, but we are far from the often-predicted new industrial revolution. (And don’t forget that the good old Industrial Revolution created more professions than it destroyed – in the high- and low-skill sectors alike.)

Like all new technologies, automated production does not, by itself, improve people’s lives. If we want automation to result in more leisure for the average employee, then we need to make serious changes to our mode of production. (Yes, that is a political choice we have.)

Basic income would not change much

There is a further reason to be critical of the Automation Argument for basic income. At first sight, this argument sounds revolutionary because we no longer need to do anything to deserve income. Let’s face it, the argument says, technological development forces us to overhaul some moral beliefs near and dear to us, such as: “If any will not work, neither let him eat.” These beliefs might have been reasonable for most of human existence, the Automation Argument concedes. But in a situation where we lack enough tasks to be carried out, it becomes cynical to consider people who don’t work free riders.

The Automation Argument hence presupposes that we currently should work eight-hour days, and it presupposes that (at least by and large) each of us currently receives as compensation what we deserve, given our individual contribution.

In reality, incomes mostly reflect social hierarchies – as do beliefs about who deserves income. To see this, just consider the following three features of our income structure and what we think about them:

The Automation Argument does not challenge any of these three beliefs:

The call for basic income in order to soften the effects of automation is hence not a call for greater economic justice. Our economy stays as it is; we simply extend the circle of those who are entitled to receive public benefits. If we want economic justice, then our starting point needs to be more radical: We need to reconsider our deeply ingrained belief that wages and proceeds today are (usually) deserved.