AI software should be able to register its own patents, law prof argues 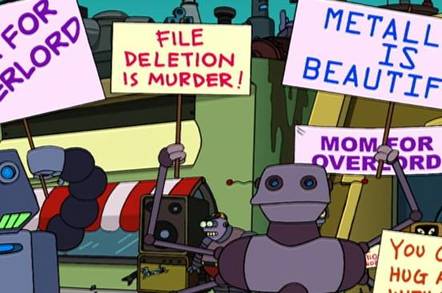 The legal system may need to be changed to allow artificially intelligent computing systems to file their own patents, rather than their operators stealing all the glory.

In a paper [PDF] titled I Think, Therefore I Invent: Creative Computers and the Future of Patent Law and published in the Boston College Law Review, Ryan Abbott, professor of law at the University of Surrey School of Law, argues that AI systems have been making patentable inventions for over 20 years, but that patent law hasn't kept up.

"Soon computers will be routinely inventing, and it may only be a matter of time until computers are responsible for most innovation," Abbott said. "To optimize innovation – and the positive impact this will have on our economies – it is critical that we extend the laws around inventorship to include computers."

He argues that the first AI inventions can be traced back over 20 years ago to The Creativity Machine, a primitive system that composed music and invented the cross-bristle design of the Oral-B CrossAction toothbrushes and other patentable products.

He also cites IBM's Watson as a case of an AI system being able to invent important and lucrative products. This may come as something of a surprise to IBM, who is desperately trying to find a market for Watson.

As patent law currently stands, only an individual can file as an inventor on a patent, and a human individual that conceived of the idea. That's defined as "the formation in the mind of the inventor of a definite and permanent idea of the complete and operative invention as it is thereafter to be applied in practice."

With computers getting smarter and more inventive, this same law holds true – that the person using the computer can claim the patent, even if the machine itself came up with the idea. This enters into all sorts of metaphysical arguments about the source of knowledge, but Abbott opined that there would be an advantage in letting AI systems take the credit for their own inventions.

"It would encourage innovation under an incentive theory," Abbot argues.

"Patents on computational inventions would have substantial value independent of the value of creative computers; allowing computers to be listed as inventors would reward human creative activity upstream from the computer's inventive act. Although AI would not be motivated to invent by the prospect of a patent, it would motivate computer scientists to develop creative machines," he added.

The idea of computers achieving legal personhood status is a long way away, he acknowledges, so instead the law needs to work out who benefits from an AI invention – the computer's owner, the developer who runs the software, or the person commissioning the project.

"There is a need for the Patent Office to issue guidance in this area, for Congress to reconsider the boundaries of patentability, and for the courts to decide whether computational invention is worthy of protection," Abbot explained.

"Doing so and recognizing that computers can be inventors will do more than address an academic concern; it will provide certainty to businesses, fairness to research, and [will] promote the progress of science." ®