Virtual reality is actually made of smartphones

From the HoloLens to the PlayStation VR, all VR kit is descended from the first iPhone 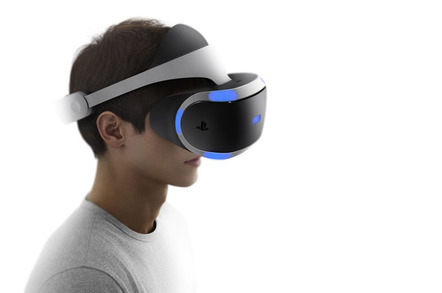 The world didn’t pay much attention to the fifth anniversary of Steve Jobs’ death, back on the 5th of October. Perhaps that’s because we believe we’ve all moved on. But that’s less true than we believe, in both some very obvious and very non-obvious ways.

First, the obvious: the smartphone is now undeniably the most significant technological innovation since the metal axe head and as a result has gone from the plaything of a rich to the absolute must-have tool for every adult everywhere. We’re in the late stages of a cultural transition - one that will take only a little more than a decade, from start to finish – that began with no one using a smartphone and ends with, well, pretty much everyone using one.

No technology in the history of mankind that has achieved ubiquity so quickly. Nothing comes even close. It’s a deployment of such rapidity that the rest of the culture is running along behind, trying to keep up - or, at least, not get left behind.

Jobs talked about making a dent in the universe. That’s a hell of a dent, a dent that only grows deeper with every smartphone sold and every app launched.

Although smartphones have grown a lot more capable over the last decade (we’re just about 10 weeks short of anniversary of the original demo at Macworld) their basic form factor has changed hardly at all. If anything subsequent iterations of smartphones have shown how nearly perfectly correct Apple got their first device - and not just form, but function.

Proof of that is Google’s recently launched Pixel phones, which look so much like clones of the iPhone 7 it’s become difficult to tell them apart. While Android isn’t a clone of iOS, the two borrow features and affordances from each other so freely it’s now impossible to rate one as inherently better than the other.

Smartphones have evolved rapidly - largely because Jobs put Apple on a treadmill of combined hardware and software advances, leading to continuing and occasionally dramatic performance improvements. Every other manufacturer has had to invest billions in R&D just to keep up - and many have not.

But these billions of devices in billions of hands have changed more than just the device manufacturers, they’ve changed the entire value chain of consumer electronics. Anything manufactured in the billions - high-resolution displays and sensors and radios and high-performance-but-low-power CPUs - creates opportunities well beyond the product. As William Gibson pointed out a generation ago, “The street finds its own use for things, uses its makers never intended."

Which brings us to this morning. Half an hour ago I received a text from my local electronics retailer, informing me that I can swing by at my leisure to pick up my preordered-and-just-released Playstation VR.

Although it may seem that the latest advance in video gaming lives in another universe entirely from smartphones, exactly the opposite is true. Nearly every key component in a virtual reality system - whether displays or sensors or GPUs - owes a manufacturing debt of gratitude to the smartphone. A VR system would still cost hundreds of thousands of dollars if we hadn’t already manufactured billions of smartphones.

This is Steve Jobs’ wild gift: a world where the production of almost unthinkable quantities of smartphones transforms nearly every aspect of consumer electronics.

Although he never lived to see it, Jobs would likely be well pleased that his greatest achievement kicked off a ‘Cambrian Explosion’ of weird new forms, all based on some common DNA, but each exploring an utterly different dimension of form.

As if to drive the point home, this morning Microsoft opened Hololens orders to six more countries - including Australia. Hololens, like PlayStation VR, wouldn’t be possible without the smartphone. It’s the same components spun into an unexpected, but brilliantly successful new form. So I’ve ordered one of those too.

That dent in the universe? It’s bigger than anyone realised, and the debt we owe to Jobs’ vision we can’t yet begin to calculate. We’ll have to see this incredible transformation in the material world from the other side - perhaps a generation from now - before we’ll be able to take the measure of a man who will now without doubt go down as one of the great geniuses in technology. ®

We already do bigger, faster arrays – now we're scaling up