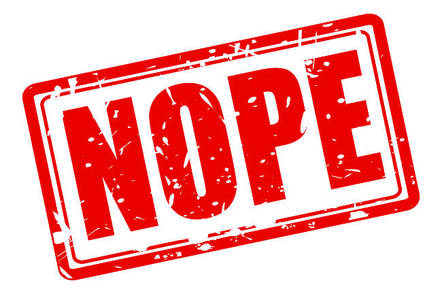 Verizon has acknowledged that it could call off its $4.8bn acquisition of Yahoo!, after the Purple Palace fell victim to the largest user data breach on record.

Speaking with reporters at an event Thursday, Verizon general counsel Craig Silliman said Verizon does feel the exposure of 500 million Yahoo! Mail accounts could knock Yahoo!'s valuation down severely enough that his company would have grounds to renegotiate or even call off the deal.

"I think we have a reasonable basis to believe right now that the impact is material and we're looking to Yahoo to demonstrate to us the full impact," Silliman was quoted as saying.

"If they believe that it's not then they'll need to show us that."

The acquisition deal between Verizon and Yahoo! – announced in July and still awaiting regulatory approval – is said to contain a clause that allows Verizon to walk away should a new event occur that impacts its valuation.

The comments from Silliman confirm the widely held belief that, after the Mail data breach was disclosed and a separate report showed Yahoo! had screened emails to accommodate government surveillance requests, the former search giant had lost a significant amount of the $4.8bn value Verizon had previously agreed to pay.

It is unclear what Yahoo! would do if Verizon does, in fact, walk away from the bid. During the initial bidding process, interest in acquiring the Purple Palace was notably low.

A spokesperson for the former Jerry and David's Guide to the World Wide Web disputes the notion that the scandals have harmed its worth.

"We are confident in Yahoo's value and we continue to work towards integration with Verizon," the spokesbod told El Reg.

The stock market was not as confident, however. Shares in Yahoo! were down 1.75 per cent at market close. ®