Euro politicians are hyping the terror threat to steal your privacy 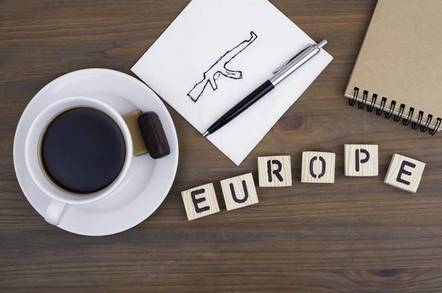 OX Summit European politicians are using a bogus terror threat to coerce their populations, says Open-Xchange founder Rafael Laguna. It’s a year since we caught up with the always-quotable CEO, and he hasn’t mellowed.

If only Governments were as keen on reining in their own robber barons, he added.

“It’s a crazy world we live in. The internet has been taken over by private companies that make their own rules. They ignore local laws.”

The Yahoo! hack illustrated this, he told us in an interview at Open Exchange’s Frankfurt summit.

“Privacy is a basic right in European law. It is not in US law. In the US, companies cannot access their people's [employees] In fact, we find that idea appalling. It’s like walking into your bedroom. But in the US, I don't hear any complaints.”

"We saw with Yahoo! that they don’t even have procedures in place. The comparison here is perhaps with TalkTalk. TalkTalk were not only fined they had to give money to customers, they are under much more scrutiny now, and they are eager to fix the problem."

That isn’t so surprising, given that Laguna was born and brought up in East Germany, coming to the West in 1974. “We had oranges once a year – and the queue was 200 metres long,” he recalls.

We wondered, what with Europe so much less safe than a year ago, whether there was some obligation by the state to protect its citizens. But Laguna wouldn’t buy the question.

“Let me challenge that Europe is a less secure place than it was. Crime is going down. We live in a richer world that’s safer, globally. Governments always use highly visceral examples of threats to expand their power. Hitler did that.”

“Terrorists don’t threaten us. It’s just a very small number. We kill more people per day in traffic than were killed in Germany by terrorists last year”

You don’t hear this comparison made too often. But surely I wondered, there’s a duty to protect against threats?

“Targeted surveillance I agree with. Not all communications is surveillable. A walk in the woods is unsurveillable – or a one time pad. If you outlaw encryption in the UK, as you plan to do, then you will take it away from all the British people, which means their systems become more hackable. The terrorists will still have it – because you can’t outlaw maths – so [there will be] a good implementation for terrorists to use.

That was pretty hard when they’re radicalised so quickly.

Open Xchange’s (OX) open source platform is used by millions of users through hosted telcos, and internally via on premises cloud, for mail, storage and DNS. It offers a European alternative to proprietary US solutions. Liberty Global's cable division has seven million users signed up to its email. ®