Amazon AWS: 'Hi there!' VMware: 'We submit. Please, save us'

vSphere to be rented out on Jeff Bezos' cloud 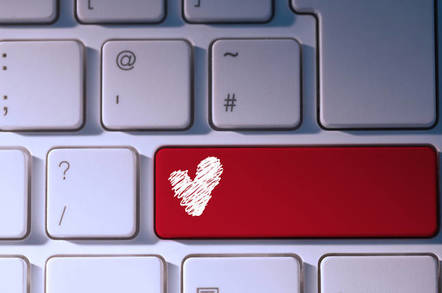 Pat Gelsinger, CEO of VMware, described the partnership as "the best of both worlds." He said, "This is the result of our customers telling us what they needed."

We were warned last week this was coming. VMware also accidentally spilled the beans a few hours before today's official big reveal.

The alliance echoes a similar relationship that VMware struck with IBM in February to make vSphere available through IBM's cloud services. But Amazon, as the leading public cloud provider, should help VMware more than a dalliance with Big Blue.

Gelsinger made that point perhaps a bit too emphatically. "This becomes the primary public cloud offering of VMware," he said, adding that the two companies will be working together to improve their technology. No hard feelings, IBM.

Asked about IBM's status while fielding questions from the press, Gelsinger insisted VMware remains committed to IBM. "IBM is a huge and important partner for us," he said.

For Amazon, the partnership expands its already extensive reach beyond the public cloud to hybrid engagements with enterprise customers. For VMware, the deal provides a path away from on-premises engagements, which, according to IDC, have begun to wane. It also fortifies VMware against competition from the likes of Microsoft.

VMware Cloud on AWS will be sold, operated, managed, and supported by VMware as either an on-demand or a subscription service. It includes vSphere, Virtual SAN and NSX, the set of technologies that constitute VMware's software-defined data center.

Gelsinger insisted there will be no change in vCloud Air, VMware's prior hybrid cloud offering. Gartner has characterized vCloud Air as "underperforming."

VMware Cloud gives companies a way to integrate their private data centers with the AWS public cloud through familiar interfaces, the vCenter UIs, APIs, and CLIs that administrators know and perhaps even love.

The software-based service also promises to ease the pain of software patches, updates and other mundane tasks associated with managing the software lifecycle.

Customers will be presented with a single bill, though the specifics remain undisclosed. "We're not announcing our pricing today for the service, but it's compelling," said Gelsinger. ®

With thanks to Cloud Opinion on Twitter for the headline gag.