Cheer up Samsung! You might get back $400m for copying the iPhone

Might help cover the cost of scrapping the Note 7 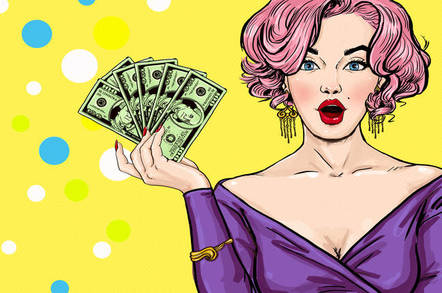 Samsung received good news of a sort on Tuesday, when the Supreme Court heard arguments for why Apple should reimburse the company $399m.

In the latest round of a four-year fight, Samsung told the Supremes that it was unfair to be forced to pay back all the profits it made from smartphones that a court decided back in 2012 had infringed a few Apple patents. Instead, the fine should be proportional to the infringement.

Samsung was fined $548m, which it has already paid Apple, but it wants $399m of that back. Apple, unsurprisingly, does not agree. The Supreme Court justices weighed the issue over.

"If I was a juror, I wouldn't know what to do," said Justice Anthony Kennedy on a number of occasions, most notably when the court considered how a jury in future would be able to figure out how much a design patent impacted the overall value of a product.

In an effort to find a suitable analogy, they fell on the design of the Volkswagen Beetle. Its shape makes the car stand out and could well be what prompts people to purchase it, some argued. But Justice Samuel Alito made the point that people look for a lot more than just what a car looks like – they consider things like gas mileage and internal features.

At the end of the hearing, Samsung's lawyer Kathleen Sullivan said she was "hopeful" about the outcome. "We're hopeful the Supreme Court will give a sensible and fair reading of the design patent damages statute, and we believe that will be a win for business and consumers alike," she said.

But a decision for Samsung would represent a significant change in the interpretation of patent law. There have been a number of previous court decisions where full profits from an infringing device have been awarded to the company whose patent was infringed.

Any change in the law would have major repercussions, especially in the tech sector where patent wars have become a constant source of conflict. Most large tech companies hold a portfolio of patents as insurance against being sued by others, often purchasing baskets of them to cover different areas of a product's design.

Sullivan claimed that a smartphone now contains as many as 250,000 patented features. As such, she argued in court, it makes no sense to hand over the entire profits from a device on the basis of just a small number of patent infringements.

Although the Supreme Court will worry about how to set down new rules that would allow only a percentage of profits to be handed over, it was helped out by the US government, with the Justice Department proposing that juries be asked four questions when it comes to similar cases in future:

Apple argued that Samsung had never pushed the argument about the patents only applying to a part of the overall phones during previous trials, and so the decision should hold.

A decision is due next June. ®