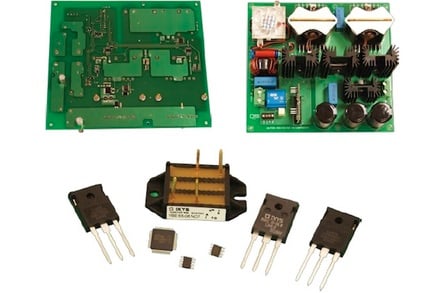 Mostly-forgotten silicon-maker Zilog is alive and has just released a new product that shares a little DNA with the Z80 CPU that powered many of the earliest mass-market microcomputers.

The Z80 famously powered Sinclair's iconic ZX 80, ZX 81 and Spectrum computers. The CPU also made it into the Radio Shack TRS-80, the Osborne 1, the Microbee and many more machines. The CPU was compatible with Intel's 8080 and was arguably better and cheaper too, but before long the IBM PC came along and that meant a decade or three of difficulty for just about all PC CPU makers other than Intel.

Zilog and the Z80 persisted, though, despite bankruptcy, acquisition and many adventures. Today it is a subsidiary of Dutch semiconductor concern IXYS, which keeps the brand alive.

The Z8 Encore! is the heir to the Z8, a microcontroller that debuted in 1979 and offered a completely different architecture to the Z80. The two did, however, have very similar instruction sets and assembly syntax. Hence our “very, very distant relative” description in the subhead.

Okay, okay, that's not something many of you will use any time soon. But if nothing else it is nice to know Zilog's still around, and still relevant. If only so that those of us who remember the company's heyday can say the same.

More information on the device and code to make it work can be found here. ®