Open code with Russian services preferred, unless good excuses can be found 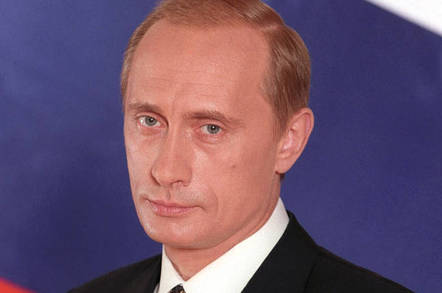 Russia's State Duma is currently considering a bill that would force government agencies to acquire only open source software, for reasons of national security, economic development and cost.

The Bill, which after some online translation service fun we think is called “On the Specifics of procurement of proprietary (closed) and free software”. The Bill 's explanatory memorandum offers a few reasons for the move, among them a desire to keep roubles in Russia because sanctions agains the nation have meant exchange rates now make purchasing from western concerns unpleasantly expensive.

The memorandum also notes that all the cool countries are using lots of open source and that Russia wants to keep up with the in-crowd.

There's also a mention of a security problem caused by IBM software running Russia's national procurement site zakupki.gov.ru. Which is ironic, because the Duma's legislation-tracking site posts .nsf pages – a sure sign that IBM's Notes/Domino is running somewhere.

Another section of the memorandum explains that various Russian government agencies have already adopted open source software. There's even a tantalising mention that the All-Russian Scientific Research Institute of Experimental Physics (RFNC-VNIIEF) “is developing the appropriate platform to replace Microsoft products, VMware and Oracle.”

The Bill is just that. But we know Russia wants to reduce its dependence on imported hardware, again for reasons of security and economic development. We also know that Russian president Vladimir Putin makes nationalism a key part of his platform. Which we note because while the bill and its memorandum talk up nourishing mother Russia and its industries, the bill also says agencies can buy closed source code if they just can't find alternatives.

Business applications that express complex business processes take years to develop and Putin couldn't possibly want Russians to make do with second-class services, could he? ®