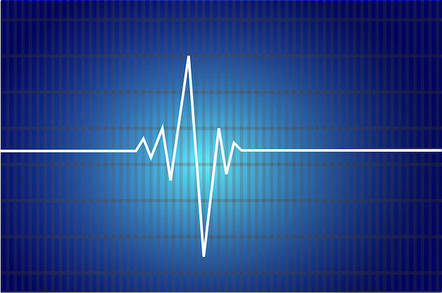 Microsoft may have used its Ignite conference to trumpet Windows 10 now running on 400 million devices, but the operating system's market share went backwards in September according to two of three traffic-watchers we track each month.

StatCounter Global Stats has Windows 10 at 24.42 per cent desktop OS market share for September, down just .01 per cent from its August share. Netmarketshare recorded a sharper dip, from August's 22.99 per cent to a September reading of 22.53 per cent.

Both firms, as we've often pointed out, rely on sniffing web traffic for their numbers and that's far from a certain way of figuring out who's running what. Indeed, StatCounter has recently recorded a surge in “Unknown” desktop operating systems, up from 4.06 per cent in June to 6.42 per cent in September, suggesting tracking and/or methodological issues.

We therefore checked out another useful source of data, the US government's records of which operating systems and devices hit the many sites Uncle Sam operates. When we crunched those numbers we found Windows 10 accounted for 31.98 per cent of visits to US government sites in August and 32.48 per cent in September. Which hardly suggests Microsoft's latest OS is rocketing up the charts.

Windows 7 remains in top position in all three of the data sources we track. Uncle Sam had it at 55.66 per cent of September traffic, while StatCounter clocked it at 34.9 per cent and Netmarketshare gave it 48.27 per cent market share, up 1.02 points over August.

XP's still hanging in there: Uncle Sam sees it on 2.07 percent of visits, a number at odds with Netmarketshare's 9.11 per cent and StatCounter's 5.44 per cent.

Windows 8.1 is hovering at between six and eight per cent market share, while Windows Vista is now off the charts.

Our analysis of this data last month suggested Windows 10 has done very well at home, but is yet to crack the business market. Microsoft keeps telling us businesses is about to make the move. With northern summer and its holiday-impacted work patterns behind us, future OS market share data will tell us if we're about to experience a winter of Redmondian discontent. ®

Updated Gate.io exchange believed to be target of embedded attack

Is Google purposefully breaking Microsoft, Apple browsers on its websites? Some insiders are confident it is

Analysis Google's doing to Microsoft what Microsoft did to everyone in the 1990s... allegedly, cough

Imagine OLE reinvented for the web and that's 90% of Microsoft's Fluid Framework: We dig into O365 collaborative tech

Ignite 'We want to break down barriers, move ideas seamlessly across applications, across people, across devices'