Quick, the taxman is outside, wire us $60k! US victims targeted, possibly UK too 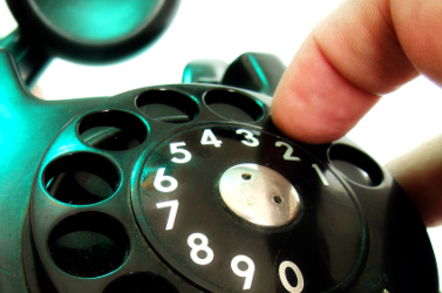 More than 500 call centre staff have been detained by police in India, after allegedly threatening US citizens and siphoning off their money.

The raid was carried out by over 200 Indian police personnel across three separate call centres, according to reports.

The operators are alleged to have posed as officials of US Tax Department and demanded financial and bank details, threatening legal action if the victims did not comply.

According to the Mumbai Mirror, the fraudulent activity amounted to the equivalent of £125,752 per day.

Thane police commissioner Param Bir Singh told India's Economic Times: "It could be the tip of the iceberg and the amount could multiply as our probe progresses," adding that there is a possibility that people in the UK and Australia, too, could have been conned.

He said the caller would use the VoIP technology using a proxy server and make hundreds of calls.

"But the amount they stole from the innocent people is mind-boggling. In one case, one of the victims shelled out $60,000 just to escape a so-called raid on his house by taxmen." ®