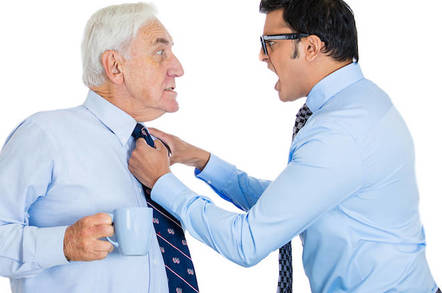 Google has been hit with a class-action lawsuit accusing the ad giant of discriminating against older employees.

The Northern California District Court has certified [PDF] the case brought against the Chocolate Factory, allowing aggrieved applicants aged 40 and older to join together in filing a single suit.

By certifying the case, the court allows the plaintiffs to take on Google's legal might as a combined force, rather than individually. This, in turn, increases the likelihood of a favorable settlement from Cali-based Google.

The complaint, originally filed in April of 2015, claims that Google discriminates against job candidates over the age of 40 when screening them. The suit accuses Google of violating the US Age Discrimination in Employment Act.

"Plaintiffs allege that Google has engaged in a systematic pattern and practice of discriminating against individuals (including Plaintiffs) who are age 40 and older in hiring, compensation, and other employment decisions with the resultant effect that persons age 40 or older are systematically excluded from positions for which they are well-qualified," the complaint reads.

One of the named plaintiffs, Cheryl Fillekes, claims to have interviewed with Google four times between 2007 and 2014 for positions, but was turned down each time after in-person interviews in part because of her age. She noted that on one occasion, Google recruiters asked that graduation dates be included on her resume as a way to check her age.

The certification is, however, far from a finding of guilt on Google's part. In granting the class action, Judge Beth Freeman noted in her ruling that with the lower standard of evidence needed for a class action, "the Court may consider evidence that may not be admissible at trial."

Allegations of age discrimination are by no means unique to Google. Older workers in Silicon Valley have long bemoaned a culture that prioritizes youth over experience when awarding jobs and venture capital funding. Fellow tech giant HP (and both of its offshoots) was recently hit with a suit accusing it of pushing older workers onto the chopping block when deciding job cuts.

A Google spokesperson told The Register: "We believe the allegations here are without merit and we will continue to defend our position vigorously. We have strong policies against discrimination on any unlawful basis, including age." ®