Is Apple's software getting worse or what?

Cupertino's stingy communications strategy stops anyone from being sure 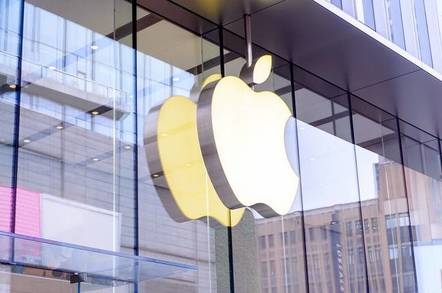 You know the drill – all praise the almighty Apple ... Photo by Anton Ivanov / Shutterstock

Comment For over a year, Apple's software has been the subject of more derision than might be expected for a company of its size.

Developer Marco Arment took Apple to task early last year, arguing that OS X (recently rebranded macOS) is full of embarrassing bugs and that the company is trying to do too much on unrealistic deadlines.

Arment subsequently disavowed his post because of the widespread media attention it received. But there was blood in the water and the feeding frenzy has continued at Apple's expense, at least in part because controversy, manufactured or not, drives online traffic.

It continues to this day. On Tuesday, one fiction writer – who asked us to keep him anonymous – voiced his dissatisfaction, eliciting agreement from a few others. "I just need things that work, and that I can rely on working," he lamented. "I say this with the utmost regret, sadness, and no small sense of betrayal: Apple doesn't seem to make those things anymore."

Along similar lines last month, Mohammad Azam, an iOS instructor at The Iron Yard, conducted a small Twitter poll that found some measure of dissatisfaction. And elsewhere in the Twitterverse, grumbling about Apple's software quality continue to echo.

Shortly after Arment's post, Jean-Louis Gassée, a former executive at Apple and Be, and now a general partner at Allegis Capital, addressed the issue in a post on Monday Note.

Gassée singled out Apple's word processor Pages and its unwieldy music organizer iTunes for criticism. Apple's three iWork products, of which Pages is one, should be labelled beta, he said. And he described perennial whipping boy iTunes as "a mess, an accumulation of debris and additions without a discernible backbone."

Apple acknowledged the issue indirectly when it reportedly said that iOS 9 and OS X 10.11 would have fewer features and a greater focus on stability. But that didn't call off the dogs.

By February 2016, Walt Mossberg, historically an Apple fan, had joined the chorus, noting that he'd witnessed "a gradual degradation in the quality and reliability of Apple's core apps," both for iOS and OS X. He too took aim at iTunes, and also criticized Mail, Photos, and iCloud.

Shortly thereafter, Apple executives Eddy Cue, SVP of internet software and services, and Craig Federighi, SVP of software engineering, responded to Mossberg's complaints in an interview with Daring Fireball's John Gruber. About 25 minutes in, Federighi said, "I know our core software quality has improved over the last five years. Improved significantly." And he noted that with regard to software quality, "There's nothing we care about more."

The Register asked Apple to provide some software quality metrics – the company gets crash reports from millions of its customers who opt in, and it has internal processes for assessing the quality of its engineering work. But Apple did not respond.

So it may be, as Federighi claims, that Apple's software engineers are actually writing code with fewer significant bugs than they were a few years ago. But without data, it's difficult to separate complaints based on personal preference or unwillingness to alter established patterns from complaints based on bad interface decisions, unstable code, or inadequate backend infrastructure. Moreover, it's difficult to assess how many more complaints should be expected simply by virtue of Apple's growing customer base and growing product line.

There have been a few obvious snafus in recent years, like Apple's short-lived decision to replace the old and reliable mDNSResponder networking software with !@#%ing discoveryd, and the disastrous launch of Apple Maps – so bad that CEO Tim Cook apologized. But it's not clear that Apple's software is better or worse from a reliability standpoint than Microsoft's or Google's.

Apple maintains an internal database of bugs called Radar that could be used to assess the frequency of bug reports over time. But the company does not make Radar public.

In an effort to promote greater transparency, developer Tim Burks in 2008 launched Open Radar, a way to make Radar submissions to the developer community. Even so, it's hardly a comprehensive way to assess whether alleged problems stem from the quality of Apple's code or from users who may just be holding their iPhones the wrong way.

Apple could be more open about the issue, but the company hasn't been able to fix that flaw for decades. ®

Let us know what you think – comment below or drop us an email.