Super Cali: Be realistic, 'autopilot' is bogus – even though the sound of it is something quite precocious 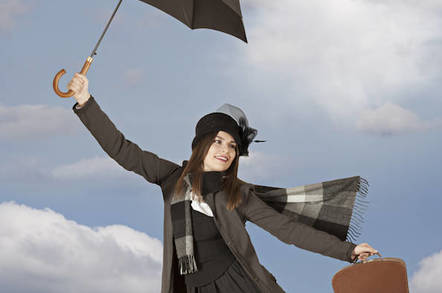 The US state of California says that automakers may no longer label their deluxe cruise control systems as "autopilot" or "autonomous" driving modes.

A new set of draft guidelines [PDF] from the state's Department of Motor Vehicles (DMV) outlines the restrictions the state will place on how assisted driving features may be labeled.

Under the rules, the term "autonomous" – as well as related terms such as "autopilot" and "self-driving" – may only be applied to cars that offer a truly autonomous mode as defined by the state DMV.

The rule will force automakers that offer the limited self-driving features (such as Tesla) to change the way they both advertise and describe their cars.

What was previously touted as a limited self-driving capability will now need to be described more along the lines of assisted driving features, or will put the automaker at risk of legal action from the state for deceptive or false advertising.

The ruling comes after months of debate over whether the term "self driving" should be used when talking about assistive driving features, and whether those labels mistakenly give drivers the idea that their cars can safely operate without having a fully attentive operator behind the wheel.

The rules also draw a clear line between how the state of California will handle the assistive driving features currently in use, and the fully self-driving autonomous cars currently being tested by Google and others.

Those test vehicles are required to meet a set of eligibility requirements before heading out on the road, including:

The rules also call for the cars to only be allowed on public roads with a registered and licensed driver, and they call for testing permits to be revoked if the rules are violated.

If adopted by the DMV, the draft rules would come into effect 120 days after passing. ®

Getting serious before things get serious for self-driving vehicles