Ludicrous Patent of the Week: Rectangles on a computer screen

Pic Chinese internet giant Tencent is the newly minted holder of a US design patent on the concept of placing rectangles on a display screen.

US Patent D767,583 describes a "design concept" that, in the words of the applicant, consists of "the ornamental design for a display screen portion with graphical user interface."

What does that mean? Well, according to the attached artwork, the patented design is the portion of the below screen not marked with dotted lines.

So, it seems this patent is, quite literally, about the placement of rectangles in a window. Mercifully, we're not talking rounded corners.

The US Patent and Trademark Office (USPTO) awarded the patent on September 27.

Not surprisingly, patent reform activists such as the EFF are less than pleased with the USPTO for approving the application. 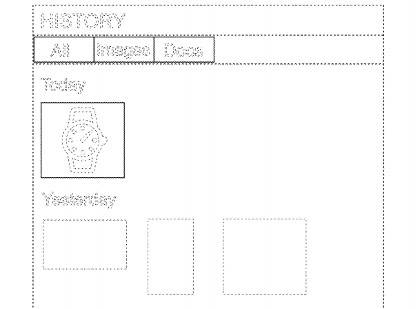 This design was given a patent

The digital rights group believes that the vague nature of the patent will leave the door wide open for dubious infringement claims against other companies.

"This patent is both remarkably trivial and remarkably easy to be accused of infringing," wrote EFF staff attorney Vera Ranieri.

"Someone who arranges three rectangles in a row with a square underneath in the way shown in the image is potentially infringing this patent."

Ranieri notes that the mere presence of the patent could be enough to scare many companies into paying up for a license rather than spend the money needed to challenge it in court. Such a tactic is commonly used by "patent troll" companies who use vague patents to target smaller businesses with threats of litigation in hopes of getting a quick payout.

"The Supreme Court has a chance to fix this last issue in the upcoming Apple-Samsung decision," said Ranieri.

"But that won't change the fact that the Patent Office still issues patents on trivial designs at an alarming rate." ®