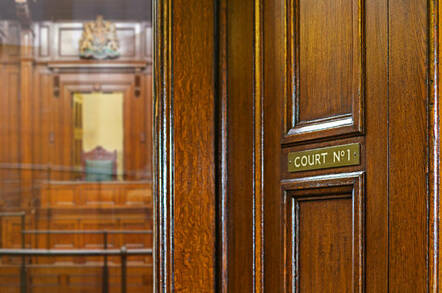 The Quadsys Five walked free from Oxford Crown Court this afternoon after a sentencing hearing - they had pleaded guilty in July to charges of securing unauthorised access to computer material, contrary to section 1 of the Computer Misuse Act 1990.

Sensitive data, including pricing information, was stolen from a rival security reseller, which The Register can now reveal was Oxfordshire-based ITB.

The five Quadsys staffers were charged last year following arrests by Thames Valley Police, although those charges were changed this March.

The five pleaded not guilty to a count of a Computer Misuse Act offence "with intent", while the third count was a charge of blackmail directed at Cox only, to which he also pleaded not guilty. These charges will remain on file, a clerk court told us.

Barnard, Cox and Streeter – who were all directors at the company – were sentenced to 10 months' imprisonment, suspended for two years. They have been placed under curfew for three months, and must complete 150 hours of unpaid work, as well as pay a victim surcharge of £100. Additionally, they have been disqualified as directors for 12 months.

Steve Davies was sentenced to nine months' imprisonment, suspended for two years. He must also complete 150 hours of unpaid work, as well as pay a victim surcharge of £100. He has not been disqualified as a director.

Jon Townsend received a 12-month community order, and must complete 275 hours of unpaid work. He has received a three month curfew and will pay a victim surcharge of £60. He has not been disqualified as a director.

It is not clear what will happen to the company now that the only remaining director at Quadsys is Christopher Faulkner, a non-shareholder. Faulker told us he'd be discussing the situation with this colleagues.

While some vendors have terminated their dealings with Quadsys — Kaspersky Labs being the first to publicly rip up its contract in September — others, such as Sophos, continue to recommend that customers buy their security software.

Notably, Sophos even promoted the Oxford-based business to a Platinum Partner nine days after the five had entered their guilty pleas.

The Register will publish an interview with ITB next week. ®

Hack a rival? We're not cool with that, says Russian AV titan

Alleged fraudsters have two months before next court date