It's not just the media, stupid 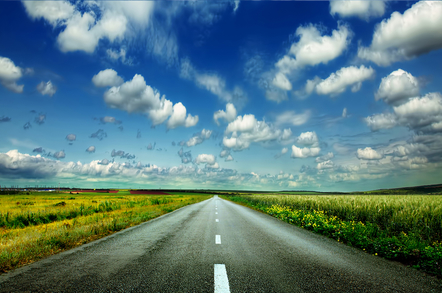 Why isn't XPoint operating on a fast highway?

Comment Objective Analysis analyst Jim Handy has come up with a theory which he claims explains why Intel and Micron’s 3d XPoint memory will not meet its original performance claims.

As Intel marketing droids have said, there is a difference between raw media access latency and SSD product access latency. Handy takes a (heh heh) handy SNIA chart graphically explaining this and modifies it to look at a PCIe MLC NAND SSD and a potential NVME XPoint SSD.

In his report Handy approximates how the NAND SSD data read access time is taken up by six elements which the IO access has to traverse:

The horizontal axis shows access time in microseconds and we should firstly note that it is illustrative rather than accurate in a detailed timing sense. Take that on-board and look at the final three elements on the top SSD bar: link xfr, platform + adapter, and software. These elements are separate and independent from what happens on the SSD itself.

The third point is that a change from NAND to XPoint media will affect the first three elements.

A NAND-to-XPoint media shift may radically reduce these three items but won’t affect the other three, with the result that they contribute a proportionally larger part to the access latency.

The chart compares NAND and XPoint PCIe SSDs. Handy makes the point that XPoint DIMMs will be much faster than XPoint SSDs, as indeed NAND DIMMs are faster than NAND SSDs. This will further reduce the Link XFer and Platform + adapter contributions to access latency, leaving the (larger) software contribution unaffected.

Operating system and application software changes will be needed to sidestep the current OS IO stack and more direct access to the data presented by an XPoint DIMM, he claims. Such changes will also benefit NAND DIMMs, of course.

Intel is also being criticised for seemingly over-stating XPoint’s endurance and density compared to NAND, and this explanation about why XPoint SSD latency is so slow doesn’t explain the differences between the original density and endurance claims and the newer ones now appearing.

Intel said last week: "We stand by the performance figures we have shared publicly to date for both Intel Optane SSDs, pre-production and prototype versions, as well as 3D XPoint memory media. System level performance is determined by the full collection of components, with media being only one of these components. We are seeing great improvements over NAND-based SSDs – up to 10x throughput and 4x latency reductions – in prototype SSD hardware. Intel Optane technology-based SSDs will be Intel’s highest performance and endurance SSDs when they come to market. We will disclose final product performance and specifications at the products’ launch in coming months.”

When we raised the supposed speed issue with the firm, an Intel spokesperson said: "Intel is not going to comment further on this topic at this time." ®