Mover over, devs, and bring me a chequebook 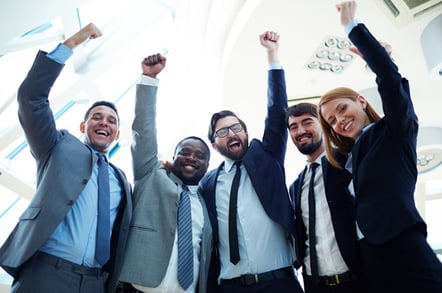 Cloud isn’t what it used to be. Amazon’s AWS began life like open source, with the same net result: a developer secret that became an infrastructure fact.

Well, the days of furtive downloads are dead and the suits are coming.

Microsoft demonstrated that last month, letting people down by saying Azure Stack won’t be something you can simply download to your existing servers.

Azure Stack will only come pre-installed on pre-integrated servers from Dell, Hewlett-Packard Enterprise and Lenovo. Other OEMs will follow. Chequebooks out, folks.

Azure Stack has yet to launch but, in preparation, Dell, HPE and Lenovo used Microsoft’s Ignite conference to shed a little light on what they have planned.

HPE said its Microsoft Azure Stack solution would employ a ProLiant DL380 for compute, storage, networking and software, and would be available mid 2017.

HPE Consulting for Azure Hybrid Cloud services were also announced to help customers during their implementation of Azure Stack.

Dell EMC Azure Stack harwdare promised for next year was shown off on stage and the Ignite show floor - a PowerEdge R730xd rack server - but there were no new hardware announcements. The firm did, however, announce its Azure Cloud Services that is hosted on Azure and that it would support. You’ll get Azure Back up, Dev/Test Labs, Business Continuity Solution. Dell is targeting customers interested in hybrid cloud.

Briefly off the topic of cloud, Dell EMC also announced certification of the PowerEdge R830 servers for SQL Server 2016 and PowerEdge R730xd for Exchange Server 2016.

Lenovo didn’t provide any names or details for the metal it’s about to fling at Azure, but simply used Ignite to restate its commitment. Rather, it wrapped its iron around Hyper-V for virtualisation and for hyper convergence and SQL Server 2016.