It's all fun and games until someone loses an AI

CEO of Allen Institute of AI: Be realistic. Hype only hurts research 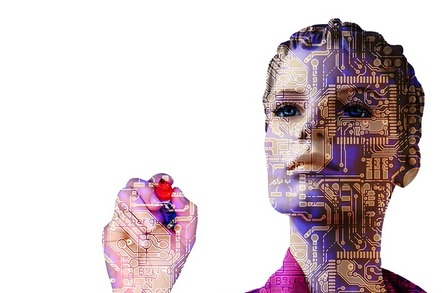 Many speeches at AI conferences begin with AlphaGo, the Google-built AI that beat Lee Sedol - one of the highest ranked Go players in the world – to illustrate how far AI has progressed.

Most speakers briefly talk about how the computer programme works, and then go on to praise the intelligence of the machine. Oren Etzioni, CEO of the Allen Institute for Artificial Intelligence (AI2), however, gave the credit to the developers and not to AlphaGo.

AlphaGo is actually very limited, Etzioni told The Register. “If I asked AlphaGo, can you play poker? It would say no. Well, can you at least talk about the position - you know analyse the game? And it would say no again. Okay, how did you feel about the game? If it could speak it’d say it didn’t understand the question.”

Just because AI can have superhuman intelligence in narrow tasks, it doesn’t mean that that can be transferred into a broader range of tasks.

“We tend to extrapolate outwards from narrow intelligence. But in fact, the field is moving incrementally - AlphaGo’s overnight success with algorithms was 30 years in the making,” Etzioni said.

AI for the common good

Etzioni isn’t a complete party pooper, however. He says he does want to see the far-reaching achievements and fulfil the potential of AI, but believes researchers should approach the future realistically – lest they trigger a second "AI winter" – leading to devs losing their funding.

“One of the biggest crippling things of positive hype is its cyclical nature. Those of us that have been working in AI for more than 30 years. We’ve seen these high hopes, and then there’s these AI 'winters' - where people’s realise it was overhyped,” Etzioni told El Reg.

The field has experienced many hype cycles that lead to disappointment and funding cuts, before interest in AI is regenerated.

Another problem is that hype distracts people from the real issues. Etzioni agrees with Moshe Vardi, professor of computer science at Rice University, that researchers have a “moral imperative” to study AI in order to save lives.

A team of 65 people work at AI2 and believe in “AI for the common good”. Instead of focusing on when AI overlords will take over humanity, or the over ambitious timelines of achievement in projects, researchers should look at if and how AI can be used to solve society’s thorniest problems.

Driverless cars have the potential to reduce traffic accidents and AI in healthcare may just help researchers tackle diseases. Machine learning is already applied in medicine to diagnose tumours.

“The take-home message is that AI will not exterminate us; AI will empower us, ” said Etzioni.

The faster we realise that, the more we can focus on how AI can be a valuable tool for society. ®