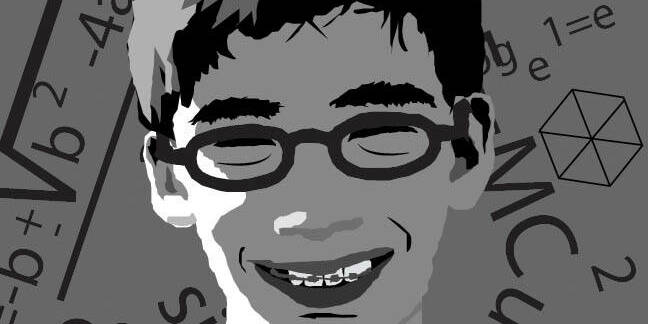 It's not genetic, but it can be taught. Beware geeks baring teeth

Assume for the sake of argument that computer science grades are bimodal: there's a distinct group of students who excel at the subject, and then there's everyone else in another group.

Computer science researchers at the University of Toronto – namely, Elizabeth Patitsas, Jesse Berlin, Michelle Craig, and Steve Easterbrook – argue that while people commonly believe there are two such groups – the naturally gifted and the non-gifted – those people are just plain wrong.

In a freshly published paper [PDF], the researchers describe how they analyzed the distribution of 778 sets of final CS course grades at a large research university, and found only 5.8 per cent of the distribution curves were distinct enough to qualify as bimodal or multimodal.

In other words, there's no separation in terms of grade data between those who can and those who cannot. In most cases, graphs of student grades fit a normal statistical pattern.

"...Bimodal grades are instructional folklore in CS, caused by confirmation bias and instructor beliefs about their students," the researchers conclude, a finding that supports a similar hypothesis put forth by Raymond Lister, a software professor at the University of Technology, Sydney.

In light of this assertion, lack of diversity in technology recruitment becomes more difficult to excuse as a consequence of natural ability.

Yet belief persists that some people have the "geek gene" and some don't. In 2007, 77 per cent of computer science teachers surveyed by Clayton Lewis, University of Colorado at Boulder computer science professor, disagreed with the statement, "nearly everyone is capable of succeeding in the computer science curriculum if they work at it."

Patitsas, Berlin, Craig, and Easterbrook assert that computer scientists, ostensibly a group with some reverence for data, cling to the "geek gene" theory because it's a form of social defense. It's more comfortable to imagine such a thing than to consider the alternatives – inability to teach some people, sexism, favoritism, or some other character flaw.

"It is easier for the CS education community to believe that some students 'have it' and others do not than it is for the community to come to terms with the shortfalls of our pedagogical approaches and assessment tools," the paper explains. ®