Man vows to steer clear of outside dunnies, 'I'll hold on for dear life' 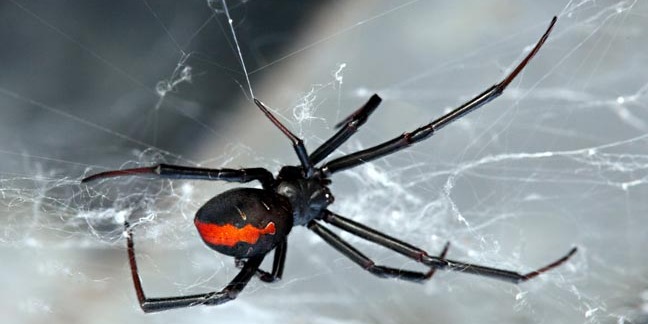 An Aussie builder has endured the agony of being bitten on the todger by a redback spider for the second time in five months*.

The 21-year-old who asked not to be fully named, for obvious reasons, said that lightning had indeed struck twice in “pretty much the same spot” when he used a portable loo on a building site in Sydney.

“I’m the most unlucky guy in the country at the moment,” Jordan told the Beeb, “I was sitting on the toilet doing my business and just felt the sting that I felt the first time.

“I was like ‘I can’t believe it’s happened again’. I looked down and I’ve seen a few little legs come from around the rim,” he added.

Poor old Jordan was understandably wary of using outside bogs after his last brush with the Redback but said they had been cleaned, and he’d checked under both seats.

“I sat down and did my business. Next thing you know, I’m bent over in pain.” The Aussie went to the hospital and is recovering at home.

He won’t be making the same mistake again, vowing to never visit the little boy’s room at work. “I think I’ll be holding on for dear life to be honest.”

Roughly 2,000 people are bitten by highly venomous redbacks each year in the land down under, though effective anti-venom means the cases are seldom fatal.

Tales of redbacks sinking their fangs into men's pink poles used to be far more common because people used outside loos more often.

Bites cause severe pain, sweating and nausea and victims are advised to apply cold ice packs or cold compress, not the pressure immobilisation technique, as they make their way to the hospital.

This is the same advice given to people bitten by funnel web spiders and blue ringed octopus, other nasties that live in Australia, where it seems everything has evolved to kill humans.

On the other hand, the unlucky man was lucky it wasn't a Brazilian wandering spider. ®

* Episode I was covered by the legendary Lester Haines here.

Clue: Home working might have played a bit part, even in return of the desktop