Microsoft's Azure-in-a-box preview runs on your own hardware 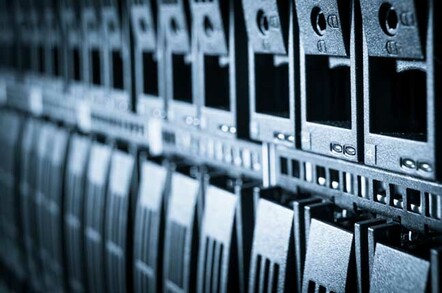 Microsoft is dangling a new Technical Preview of its Azure Stack in front of enterprise customers who want to run an applications and services platform across their on-premise private cloud and Redmond's globe-spanning Azure public cloud.

Azure Stack was first detailed at the company’s Ignite conference last year, when it was pitched as the ideal way of implementing a hybrid cloud strategy for Microsoft customers.

The basic idea is that, instead of trying to make its public cloud operate like an extension of the customer’s infrastructure, customers can instead make their on-site private cloud operate just like Azure.

But some of the shine came off the idea a few months ago when Redmond revealed that Azure Stack will only be commercially available as a pre-integrated solution delivered from vendors such as Dell, Hewlett-Packard Enterprise and Lenovo.

In other words, it is for new-build infrastructure only, and customers can’t repurpose existing racks to run Azure Stack.

Microsoft’s reasons for doing this are understandable: it can’t guarantee optimal performance unless it can control the hardware Azure Stack is running on, but that could prove to be a deal-breaker for many potential users.

Such users, can, however, download the preview code onto a single server to evaluate it, and the firm said it will continue to make this single server option available “even after the integrated systems are released with general availability”.

With Azure Stack Technical Preview 2, Microsoft has added a handful of new capabilities to the mix, such as Azure Queue storage for application messaging services and Azure Key Vault for safeguarding encryption keys and passwords.

Also promised as “coming soon” is support for App Service, Microsoft’s platform for building and operating web and mobile apps from its Azure cloud.

TP2 also blends in some features of what Microsoft calls Azure-inspired cloud infrastructure management. These are basically operational capabilities drawn from the Azure public cloud and implemented in Azure Stack, so that a deployment can be kept up to date and therefore consistent with the code Microsoft itself is using to run Azure inside its own bit barns.

“With TP2, we introduce the infrastructure management technologies used to manage Azure Stack. This release contains a version of the management technologies scoped to a single server deployment so that cloud owner/operators can begin to see how the system works. We will continue to enhance this functionality in subsequent technical previews and post GA,” said Jeffrey Snover, Microsoft Technical Fellow and lead architect for its Enterprise Cloud Group.

Azure Stack is slated for commercial availability sometime around mid-2017. ®