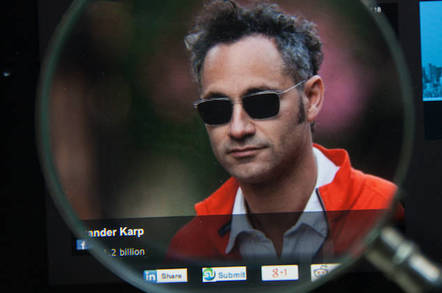 America's favourite Big Brother-backed unicorn, Palantir Technologies, is being sued by the US Department of Labor (DoL) for alleged discrimination against Asian job applicants.

Announcing the lawsuit, the DoL says it wants to “end the company’s alleged discriminatory hiring policies and practices.”

The department has the standing to bring the lawsuit because Palantir's customer list includes other government agencies – the FBI, the Special Operations Command, and the Department of the Army.

The DoL alleges Palantir's software engineer hiring practises were racist. In particular, Asian applicants were routinely eliminated during resume screening or phone interviews, “despite being as qualified as white applicants”.

There's also the matter of the employee referral system, which kept things in the club, so to speak: “The overwhelming preference for referrals … resulted in discrimination against Asian applicants”, the DoL alleges.

Reuters reports Palantir, which has won US$340 million worth of government contracts since 2010, will vigorously defend the lawsuit (doesn't everybody?).

The newswire's report says out of 130 applicants for an engineering intern role, Palantir hired 17 non-Asian applicants compared to four Asians.

On its part, Palantir reckons the analysis is skewed because the DoL only included three job descriptions in its analysis.

The DoL says its lawsuit “seeks complete relief for the affected class, including lost wages, interest, retroactive seniority and all other lost benefits of employment”. ®