Hyperconvergence: Where is the technology, and the CIO, going?

Going fast is great, but only if you have direction 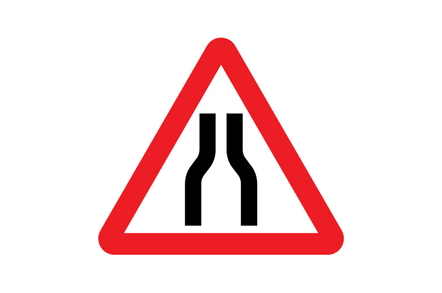 Hyperconvergenced computing offers some advantages for CIOs, but the advantages don’t exist in a vacuum. Companies have to predict what kind of environment their appliances will be running in, four or five years from now, and how they can prepare for it.

Hyperconvergence is the convergence of storage and compute infrastructure via a hypervisor. The point is to drive more efficiency into IT operations by providing a fast, pain-free setup that hides a lot of the management complexity for you. Instead of employing a team of specialist admins to juggle your storage, these appliances will arrange things for you under the covers. That reduces the configuration and maintenance skills overhead necessary to run the equipment.

Analysts tell us that companies investigating hyperconvergence today are often doing so for discrete projects to see how well they perform. Eventually they’ll have to look at the technology in a broader context, though. In five years, the IT infrastructure should look like a smooth, well-constructed machine rather than a rat’s nest of different architectural decisions that the next poor guy gets to inherit.

That suggests a big-picture understanding of where you’re headed, though. Getting that perspective – and maintaining it – can be a daunting task, warns Tony Lock, distinguished analyst at Freeform Dynamics. Lock used to wrestle with this stuff on a daily basis as an IT pro. Now he gets to talk to other people about how they manage it.

A question of strategy

“Strategies are wonderful for the CIO, but you never get a budget for strategy,” he says, arguing that it’s difficult for CIOs to develop long-term strategies when they spend so much time fire-fighting mundane tasks on a daily basis.

Instead, IT departments have to translate strategic positions into tactical moves. IT investments are always triggered by specific business needs, he points out. A project team with a specific job to do buys infrastructure to satisfy that short-term goal and meet its deadline. That’s typically what happens with hyperconvergence solutions, he argues. Increasingly, though, there’s a crossover between what the business needs are and what hyperconverged equipment can do, Lock added.

“A lot of the generation one stuff was pretty basic in its capabilities, but a lot of the generation two stuff is getting to be more functionally rich, and management tool rich,” he says. “It’s still not as rich as it needs to be in many cases but it’s moving in the right direction.” This functionality is showing up in several key areas. 451 Research argues that software layers are becoming more independent of the hardware, and are also better able to power both compute and storage tasks in a single system with the same more advanced x86 processors. They’re also expanding their capabilities in all-flash storage.

Vendors are further optimizing these tightly-integrated systems to reduce the overall cost of storage by using software for de-duplication and compression, according to 451.

That’s all very well, but the equipment has to be flexible, too. Strategies are notoriously fragile, says Lock, and rarely survive first contact with the enemy, which means that they have to be elastic, able to morph as market conditions and business requirements change. That in turn feeds into purchasing decisions, because the equipment that CIOs buy needs to accommodate that.

“Anything you put in today has to be flexible itself, and ready to change. Am I doing it only with x86 processors or do I have any other processors that I am running in the company?” Lock says.

Reach out and touch someone

So hyperconverged equipment has to be able to move with the times. In particular, it has to be good at talking to other stuff. Bob Plumridge, chair for storage industry association SNIA EMEA, warns that ad hoc implementation of hyperconvergence could create problems for the future if companies don’t rein it in and start thinking about integration. “They’ve been treated as something separate to the IT environment that the customers are already operating in,” he says.

Plumridge worries that hyperconverged appliances are often not integrated into the same set of management and reporting tools that the rest of the infrastructure uses. “They’re still slightly isolated from that, and that’s a bit of a concern for some organizations because some of them have spent the last five years trying to consolidate their management infrastructure into a single set of tools to do everything,” he adds.

The concern over siloed equipment goes arm in arm with another worry: vendor lock-in. No one wants a scenario where you’re tied into a specific vendor’s ecosystem, and hyperconvergence goes a long way to addressing that concern. The integration is provided by the hypervisor, meaning that the choice of underlying vendor hardware becomes increasingly irrelevant. Chances are, you will have standardised on a hypervisor, and even if you haven’t, hyperconverged systems do not tie specific vendor software features to the subsystem.

Consequently, we’re likely to see integrated management becoming an increasingly important part of the hyperconvergence story. ‘Single pane of glass’ management software is great, but not if you need a different glass window for each vendor’s kit.

Vendors are already focusing heavily on API-based management in these systems, which makes it easier for developers and operations staff to manage them programmatically. The same APIs can be used to force integration with other peoples’ systems management software.

Similarly, we’re likely to see support for multiple hypervisors becoming the norm in this class of product, argues 451 Research, enabling IT teams to manage this tightly-integrated equipment whether they’re using ESXi, Hyper-V or KVM.