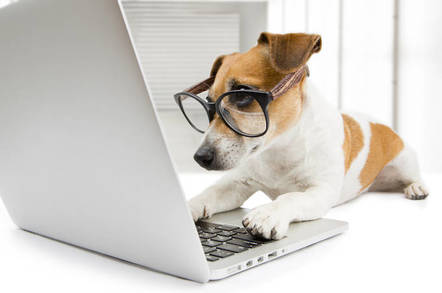 The fingerprint scanning technology is implemented in Lenovo’s latest Yoga 910 laptop, which is one of those consumer 2-in-1 convertible gizmos with a fold-back screen that lets it be used like a laptop. It relies on some hardware security features implemented in Intel’s 7th-gen Core processors, but also uses biometric fingerprint sensor technology from Synaptics and payment processing from PayPal to deliver a FIDO-compliant solution.

The goal, according to Lenovo, is to help reduce online fraud and increase security, while making authentication “nearly frictionless" with biometrics secured by hardware-level protection replacing those so-easily stolen passwords.

In actual fact, Intel, Lenovo, PayPal and Synaptics are all members of the FIDO Alliance, the industry body setup several years ago to address the lack of interoperability among authentication devices. While this has enjoyed some take up in the mobile world, the Yoga 910 brings FIDO authentication to PC users for the first time, according to Lenovo.

As well as offering greater security than passwords, the technology is also intended to be more convenient. Once the user has registered with a FIDO-compliant website, they no longer need to enter a password to be authenticated, but simply swipe their finger over the built-in sensor and are instantly logged in.

And according to the FIDO Alliance, this is just the start of the FIDO effort to bring password-free authentication to PC users, although it remains to be seen whether the standard has any teeth (geddit?)

“The W3C is working to make FIDO web APIs a formal web standard, which will bring FIDO authentication to web browsers across all platforms, said a statement on the organization’s website.

In addition, Microsoft is said to have made a “strong commitment” to implementing FIDO compatibility with Windows Hello, the biometric security features in Windows 10, and Google has already FIDO-enabled its Chrome browser with support for second factor authentication via its Security Key program.

Lenovo’s Yoga 910 was announced at the end of August, and is due for availability in October. ®