We have proof. Or a Photoshop. You decide 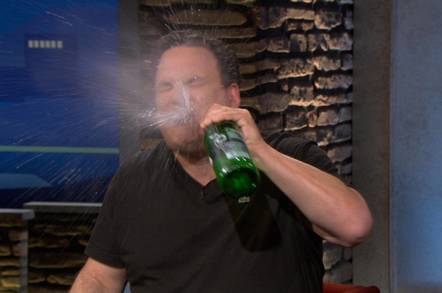 China’s shopping spree of premium Western brands continues and not just footballers. It’s snapping up technology brands, too - but with these brands some finesse is required.

Huawei has just announced a deeper partnership with Leica. The pair announced a multi-year agreement at the start of the year, and it bore its first fruit with the Leica-branded Huawei P9 and P9 Plus phones.

Unusually the Lab agreement was signed by Mr Ren himself: Huawei’s 71-year-old founder Ren Zhengfei. In 2011, The Economist called Zhenfei “the most reclusive boss in the technology industry,” and he only gave his first interview in 2013. Many important functions are performed by his three “rotating CEOs”, each of whom takes turns to run the 160,000-plus company. Clearly this is symbolic in a few ways.

Leica’s brand gives Huawei the credibility and brand recognition it needs to compete with Samsung, the only remaining Android phone maker which is actually making any money. Huawei’s need for such an initiative indicates that isn’t merely content with competing on price: it wants at least some of the fat margins that Samsung’s smartphone division enjoyed for a few years, too. In the golden days before Apple started making bigger, phablet-sized iPhones, Samsung’s margin was 15 per cent, but it lost much of this in 2014 as the "Plus-sized" iPhone revived demand for Apple’s gear, and Samsung had grown complacent with lacklustre flagships.

Today Apple makes four out of every five dollars of profit made in the smartphone business, and those mid-teen margins seem far away. So there isn’t much to fight over, but Huawei thinks it’s worth it: it has structural cost advantages over Samsung, particularly economies of scale and lower overheads.

Leica's mythology is explained here. The lenses were more expensive than almost anyone else's. 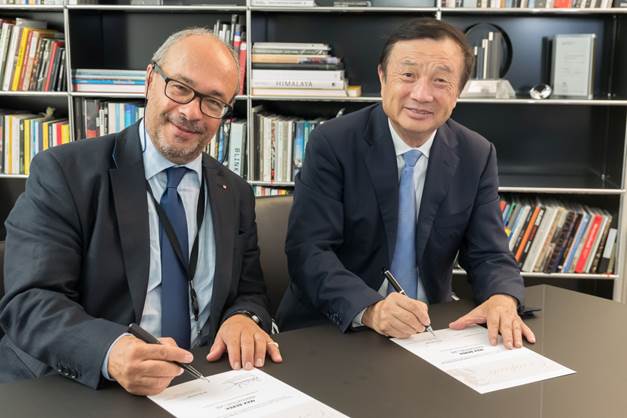 Ren Zhengfei, founder and CEO of Huawei (right) and Dr Andreas Kaufmann, majority shareholder and chairman of the advisory board of Leica Camera AG (left), signing the agreement on the establishment of the "Max Berek Innovation Lab"

Huawei and Leica are also opening up a new joint R&D lab, the “Max Berek Innovation Lab”, in Leica’s HQ of Wetzlar, Hesse. This will research “New Optical Systems, Computational Imaging, Virtual Reality and Augmented Reality”. The official statement said it would invest in “German and international universities and research institutions” too.

We asked Huawei how many researchers the new Lab would employ, but Huawei was determined not to say.

Go on, give us a rough number, we pestered.

“No further details are available at this stage,” a spokesperson told us. ®