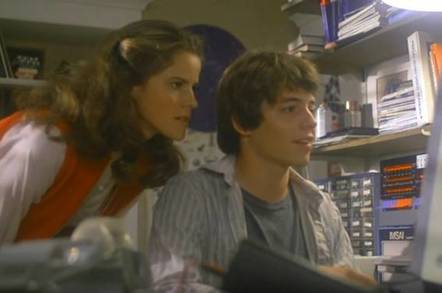 A student at Kennesaw State University in Georgia is accused of hacking into his professor's computer to improve his grades.

Chase Arthur Hughes, 19, was arrested and charged this week after allegedly raiding the university's computers in May. The teen made a number of alterations to his grades, and those of his friends, for two classes, it is claimed. He allegedly upgraded one of his grades from a B to an A, and changed two other people's grades from F to A and C to A.

"I mean, I thought it was pointless. Why would you go in and change your grade? I think I saw one of them he changed from a B to an A. It doesn't seem to be worth the trouble,” student Drew Weldon told WSB-TV Atlanta.

According to the police, Hughes carried out a series of hacks using his girlfriend's internet connection, and didn't just confine his cyber-tampering to one professor's computer, it is claimed.

After his arrest, investigators found the usernames and passwords for at least 36 faculty members in a notebook stored at his home, we're told.

The authorities were tipped off thanks to an alert system set up in the university's Owl Express software, which sent an automatic email to a professor after one of the grades was tweaked. The professor queried the updated and an investigation was launched.

"While the system worked as it should and alerted the professors of the grade changes, additional measures have been put into place to help further detect unauthorized access,” said KSU interim chief information officer Lectra Lawhorne.

Hughes, a business major with a concentration in finance, is facing charges of computer trespassing, computer invasion of privacy, and computer forgery. If found guilty, he faces up to 15 years in prison – but at least that's better than global thermonuclear war, right Lightman? ®

NSW to give more IT money to Department of Education

Bureaucrats can burn $46 million in new TAFE IT, if they can sell off campuses

NSW Dept of Education IT system still in slow-motion collapse