Whichever way you look it's all exactly the same, boffins confirm 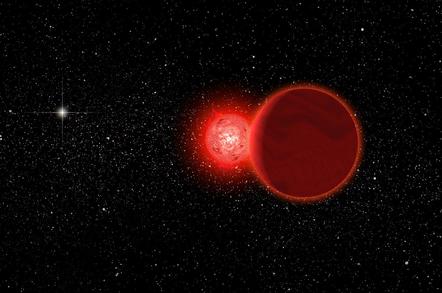 Scientists have confirmed that the universe is very likely the same in every direction, showing that the assumption of the universe being isotropic can be safely used in cosmology.

The results, published in Physical Review Letters show that there is only a 1 in 121,000 chance that the universe is non-isotropic.

On small scales, the universe appears clumpy. Pockets of matter can be found scattered randomly. Planets orbiting stars; stars orbiting the centre of galaxies; and galaxies orbiting each other in galaxy clusters.

When viewed on large scales, however, scientists have always assumed that the universe is filled with an even distribution of matter in all directions. The universe looks the same to every viewer, regardless of their position. Cosmologists call this the cosmological principle.

The vast majority of calculations in cosmology are based on this fundamental principle, so if the latest test had found it to be false, all predictions based on the principle would be wrong.

The temperature fluctuations of the background radiation have been mapped in 2009 and 2013 by the European Space Agency's Planck satellite. For the first time, scientists scrutinised not only the intensity of the radiation but the polarisation too.

The different possible variations of the universe being non-isotropic, such as if it had a preferred direction of expansion or axis of rotation was considered by considering what the corresponding hypothetical CMB map would look like.

No CMB maps found matched up to a non-isotropic universe, however, leading scientists to believe that the universe is probably directionless.

Daniela Saadeh, a cosmology PhD student from University College London said: "You can never rule it out completely, but we now calculate the odds that the universe prefers one direction over another at just 1 in 121,000. We're very glad that our work vindicates what most cosmologists assume. For now, cosmology is safe."

The light has only taken 13 billion years to reach us