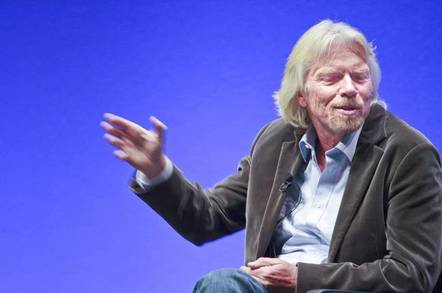 Exclusive Virgin Media staff have voiced widespread discontent over its gobble by Liberty Global, with one describing their new corporate daddy as "faceless change drivers with no concern for the Virgin values," according to a Q&A with senior management this week seen by The Register.

The questions, which were part of the company's quarterly feedback "grill," also reveal extensive staff anxiety over their future, with a major company-wide reorganisation under way and an outsourcing programme of long-serving employees to Ericsson.

Virgin Media was flogged to US cable giant Liberty Global for $23.3bn (£15bn) in 2013. However, given the size of both entities, the consolidation plans are only now being felt.

One employee suggested a "big engagement drive" with the people that "support and loved this business in the same way Virgin did," rather than "just pushing us for more and more – we are people not numbers."

They added that Liberty Global "seems to be ripping the very soul (and people) out of the company and everything that was good/Virgin about it. There's no excitement or engagement about what we are working to become, everyone at various levels talks of Liberty Global in a negative way.

"Morale is at an all-time low. Are you aware that people no longer get made redundant or re-deployed, they get 'LG'd'."

In response to the criticism, chief exec of Virgin Media Tom Mockridge acknowledged the business needs to improve communications. But he said "growth pains" would be inevitable as the company puts "massive investment into a growth venture to take on BT and Sky and transform the UK's [broadband] and telecoms infrastructure."

One staffer described not knowing if they will be affected by the re-organisation as "agony."

They said: "[To] be honest, it's really getting me down coming into work being anxious about who could be next. I have worked for VM for 17 years and have been through [three] re-orgs, but I must say this has been the worst one!"

Another added they were also disappointed at how the transformation had been handled. The staffer – who submitted their point under the ironic handle "just a number" – added, "We have worked really hard under the threat of redundancy for nine months with very little communication, only to find out yesterday that we are being TUPEd to another company."

They added: "A large portion of the team have [been] loyal to VM for many years and [have] no option of redundancy. We are being forced to work for an employer [not of our] choosing. It would've been nice to treat us with the same respect that we have given VM over many years."

One employee said: "Many of us are in the process of being TUPEd over to Ericsson and then our jobs will be offshore and we will be made redundant."