Moron is late for flight, calls in bomb threat 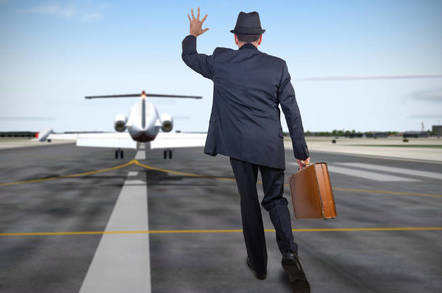 A Canadian idiot has been sentenced to a year behind bars after he was found guilty of calling in a bomb threat because he was running late for his flight.

Howells was sentenced for the 2014 hoax when, running late for a flight from Kelowna, BC, he phoned in an anonymous bomb threat to the airport claiming the Calgary-bound plane he was due to fly on had been rigged with explosives. His plan was to cause takeoff to be delayed so he'd make the flight.

The threat resulted in police shutting down the airport and searching the aircraft for explosives before determining the threat was bogus.

In the meantime, Howells arrived at the airport and was waiting in a lounge when police traced the call to his phone. He was arrested when, as the airport was being evacuated, he approached the cops to ask if his flight had been cancelled.

Howells first faced charges of uttering threats, possession of a controlled substance (he was found with heroin and methamphetamine), and endangering aircraft by false information as well as the mischief counts. ®

Government in spectrum-for-cash deal to assess viability, tolerance for HappyHype!