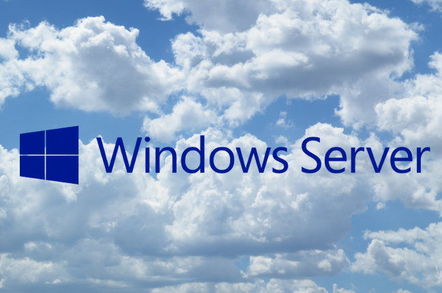 Microsoft Ignite Software giant Microsoft is set to officially launch its next-generation server platform next week, but the firm faces growing competition from Linux as corporate customers shift more toward the cloud for IT services.

Microsoft’s answer? Tie the most useful parts of Windows Server 2016 to a Software Assurance licensing deal and lock customers in.

Windows Server 2016 and the accompanying System Center 2016 management suite are set for official release into the wild during Microsoft’s Ignite shindig in Atlanta, taking place between September 26 and 30.

By all accounts, Windows Server 2016 seems a decent upgrade over the previous version of the platform, introducing new capabilities around software-defined storage, networking and virtualization to help organizations build a more capable and flexible IT infrastructure.

The latest release also brings with it support for microservices-style deployment of applications through Windows Server Containers, plus the new Nano Server role. This is a nifty new stripped-down deployment image that is claimed to be 25 times smaller than a standard Windows Server, and lets customers deploy servers with just the functionality required for their workload.

However, Microsoft is souring the milk by making Nano Server available only under the Current Branch for Business (CBB) service model and restricting it to customers that have signed up for its costly Software Assurance license agreements.

But a larger question mark hangs over Microsoft’s server platform, and that is how long customers will continue to need Windows rather than a Linux server distribution. The cloud is increasingly dominated by Linux, as Microsoft itself acknowledged earlier this year when it revealed that around a third of virtual machines operating on its own Azure cloud are running Linux.

Microsoft’s pitch for Azure has been that having Windows on premises and Windows in the cloud makes a hybrid cloud deployment much easier to manage. But if the public cloud is increasingly Linux, customers will eventually start to wonder if they should just go for Linux on premises as well.

The growth of Linux is clearly something that Microsoft is aware of, as the firm has begun to embrace it and open source over the past year or two. Earlier this year, Microsoft released a version of its .NET Framework for Linux, and surprised the world with the announcement that it is developing a version of its SQL Server database to run on Linux servers, due sometime in 2017.

SQL Server was long regarded as one of the key reasons for running Windows Servers, but once it is available on Linux, reasons for staying with Windows would appear to be dwindling. Unless of course, you are locked into a Software Assurance licensing agreement. ®