The man who gave us our first Robotic Overlords 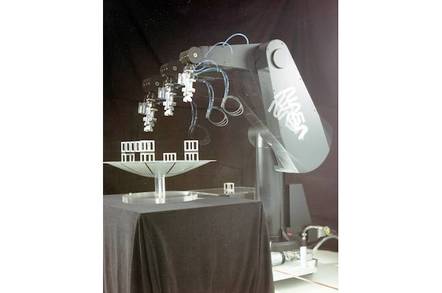 ROTM Victor Scheinman, whose 1960s work in robotics created the “robot factory” we see today, has died in California aged 73.

News of Scheinman's death was first reported by the New York Times.

Scheinman's university invention, known as the “Stanford arm”, achieved something never before achieved in the world of robotics: a self-contained, articulated robot with accurate movement in six axes.

He set up a company, Vicarm, to manufacture his robots, and in 1977 sold his designs to Unimation. The Stanford arm became the Programmable Universal Machine for Assembly (PUMA) – and got its first important industrial customers, Svenska Mettalverken in Sweden and General Motors in the US.

Unimation was ultimately acquired by Westinghouse, and Scheinman went on to co-found Automatix, which added machine vision to his designs.

Scheinman's first post-school qualification came from MIT, where he graduated in aeronautics and astronautics; he then obtained a master's degree in mechanical engineering from Stanford. Later in life, Scheinman was to return to Stanford as a visiting professor.

Lisa Nocks' “The Robot: The Life Story of a Technology” (at Google Books, here) says Scheinman's invention combined key requirements of industrial robots: it was lightweight, driven by electricity rather than hydraulics, reprogrammable – and it could follow random rather than fixed trajectories.

“Scheinman showed that it was possible to build a machine that could be as versatile as it was autonomous”, she writes. ®