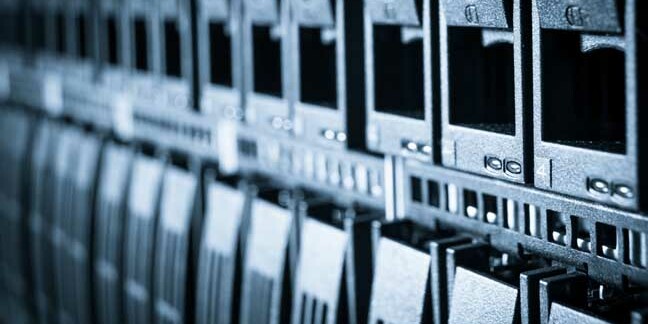 The company hopes to flog it to service providers and enterprise customers looking for an alternative to x86 systems for high performance computing.

Known as Barreleye after a species of fish with a transparent head (because it’s open, apparently), the server was first mooted as a concept by Rackspace last year. Since then, the firm has been readying the platform, as well as partnering with Google on a successor that will be based on the forthcoming Power9 generation of processors.

IBM has long claimed its Power processors are better suited to operating demanding workloads than Intel’s more widely deployed Xeon chips, in part because the Power8 generation can handle up to eight threads per core and boasts a high-bandwidth memory interface that provides 192GBps to each socket.

Bug Blue has spent the past few years building an OpenPower ecosystem around its processor architecture, which has so far drawn in vendors including Google, Samsung, Nvidia, Tyan and Rackspace.

With Barreleye, Rackspace is targeting customers running Linux and other open-source workloads, which covers a broad range of modern applications including cloud platforms and big data analytics.

“Barreleye works with a variety of Linux distributions and KVM hypervisors. It has chassis options for those who like to keep their storage high capacity, in-box and powerful, or light-weight and low-cost. It is configurable for basic low-cost networking, or very high-throughput networking. And for a server with such a low mechanical profile, it has great PCI adapter capacity,” said Rackspace distinguished engineer Aaron Sullivan on the firm’s blog.

The catch is that the system is designed for the OCP Open Rack infrastructure, which specifies a 21 inch format rather than the standard 19 inch data centre rack, and where power is supplied by the rack to simplify cabling rather than each server having its own power supply unit.

However, for any customers interested in evaluating Barreleye, Rackspace said it can provide a benchtop power supply (called Lunchbox) to power a standalone unit.

In hardware terms, Barreleye is a twin-socket system, with each socket supporting Power8 processors with up to 12 cores and up to 32 RDIMM slots capable of holding 32GB modules apiece. It has space for up to 15 2.5 inch drives and dual gigabit Ethernet ports.

A handful of suppliers offering Barreleye are listed on the Rackspace blog, but the firm said it expects to add more in future. ®