How best to resolve the spectrum gridlock? 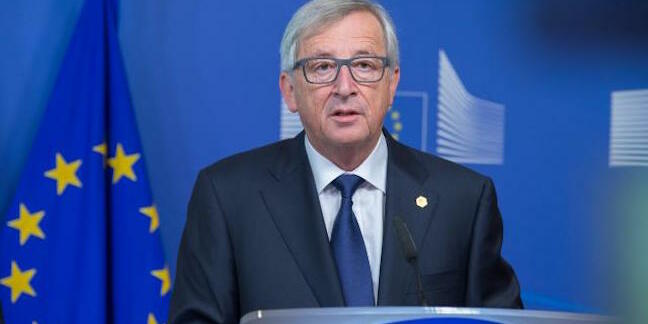 The European Union announced its 5G Action Plan last week, and president Jean-Claude Juncker set out some ambitious connectivity goals in his State of the Union address. These include promises to enable free Wi-Fi in public spaces in every town and village in the EU states, and to achieve “full deployment” of 5G by 2025 (including railways). As an interim goal, it repeated the goal of having commercial 5G in at least one town or city per EU country by 2020.

This will only be possible if other EC plans come to fruition, including planned reforms to spectrum policy and the Electronic Communications Code. Juncker said:

“The Commission is proposing a reform for our European telecommunications markets. We want to create a new legal framework that attracts and enables investments in connectivity. Businesses should be able to plan their investments in Europe for the next 20 years. Because if we invest in new networks and services, that is at least 1.3m new jobs over the next decade."

Spectrum promises do not convince all

But while the big visions made good speech fodder, many stakeholders thought the address fell short on detail and determination to create the new spectrum framework which will be a key enabler of 5G profitability.

"Regarding the critical topic of spectrum - the oxygen fuelling Europe’s mobile networks and an essential resource for the evolution of 5G and the Internet of Things - we welcome the Commission’s determination to resolve the spectrum gridlock caused by fragmented policies across the EU. However, the proposal stops short of achieving the full harmonization of spectrum management and indefinite spectrum licences. We encourage European institutions to be bold in in seeking to resolve this issue."

“All the same, Juncker displayed more understanding of spectrum requirements than some previous EU leaders, and acknowledged that LTE had not been handled correctly at pan-European level. Echoing recent FCC statements, the 5G Action Plan pledges adequate spectrum, but also "more favourable conditions" for deploying essential elements of new networks, such as small cells, which are held up by planning regulations as much as spectrum ones.

Provisional bands will be made available ahead of 2019's World Radio Conference and work will be launched on opening bands above 6 GHz for 5G capacity.

The Commission said: "The EU was the first to develop...4G but was late and slow in deploying it compared to other regions such as the USA and South Korea. A delayed and fragmented assignment of radio spectrum had a negative impact on wireless network coverage and penetration in Europe.

"The EU cannot repeat this mistake with the next generation of communication networks, 5G. The result of the slow availability of spectrum resources in Europe is that it affects possibilities and incentives for operators to invest in the development of their networks and, consequently, it causes a lengthy delay in the launch of innovative services.”

5G initiatives move to next phase

There was an update on some of the EC’s 5G initiatives. Preliminary trials under the 5G-PPP program will take place from next year, following by pre-commercial trials in 2018. To help achieve the goal of one 5G city per member state by 2020, the Commission will increase the original €700m spend on the Horizon 2020 5G project, launched in 2013, to more than €3.5bn.

That will be a step towards its next goal - 5G across the whole Union by 2025. Meanwhile, Wi-Fi will be the centre of the near term free access initiatives, and the EC is supporting the WiFi4EU project with an initial spend of €120m, predicting a minimum of 6,000 to 8,000 communities should be benefiting by 2020. However, the EC’s own money is a small part of the total required to meet its aims of universal coverage and gigabit speeds - these will need close to €500bn of investment over the next decade, largely coming from the private sector. The Commission accepts there is currently likely to be a shortfall of €155bn, and the deregulation inherent in the new Communications Code is one way to address that by making it more attractive for organizations to invest in less profitable areas like rural access.

Mats Granryd, director general of the GSMA, representing the MNOs, said in a statement: “The Commission has recognised the need to incentivize a step change in infrastructure investment in order to fulfil the potential of the Digital Single Market. Its spectrum policy reform proposals, for example, will help provide the consistency needed to underpin investor confidence.”

He added, in a response which was far more positive than many GSMA comments on EC policies: “The Commission has also taken steps to reduce some aspects of sector-specific service regulation that are no longer relevant or appropriate in today’s dynamic and converging communications service market.”