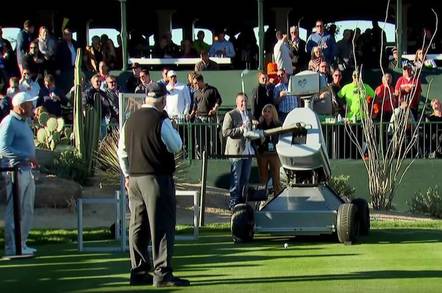 The Ubuntu shop’s cloud has been released for IBM’s zSeries IBM LinuxOne and on IBM Power Systems.

IBM LinuxONE and z Systems, a set of software for IBM’s mainframes launched in August 2015, already ran SUSE and Red Hat in addition to Ubuntu.

Canonical said in a statement it had been working with IBM to ensure users of zSystems mainframes, LinuxONE, Power Systems and OpenPower got the same “experience” in terms of management and use as OpenStack customers on x86.

Canonical claims Ubuntu is the most popular operating system in cloud, with more than two million Ubuntu Linux instances launched in the cloud in 2015.

It also claims to run 55 per cent of OpenStack production clouds.

The POWER8-based E870C and E880C provide automated virtual machine (VM) deployments, pre-built image templates and self-service capabilities. An HMC Apps as a Service technology preview provides a capability to automatically aggregate Power Systems’ performance and inventory data across an enterprise. These apps are hosted in a secure cloud and provide health state, geotagging and threshold alerts that can be accessed via a secure portal from users’ mobile devices.

These apps come with new Power E870C or E880C servers at no charge. Full general availability should come in 2017, with more applications as part of the suite.

Copy Data Management, an agentless VM, provides what IBM calls "detailed, easy-to-use management of data copies." IBM says it builds a catalog of copy data from local and hybrid cloud and off-site cloud infrastructure, identifies duplicates and compares copy requests to existing copies. This helps ensure that a smaller number of copies are created and saves on storage.

IBM has a relationship with Catalogic for copy data management.

Spectrum Protect has been extended with cloud object storage options for use in hybrid cloud deployments.