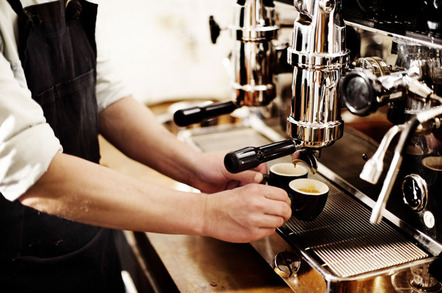 Java Enterprise Edition 8 is delayed yet again, Oracle has conceded.

The next enterprise Java will ship at the end of 2017 – moving back at least six months from Oracle’s last rescheduled date that it named in June, of “first half” of next year.

Work on Java EE 9 is starting “right away,” Gaur said, rather than waiting for completion of Java EE 8.

No reason for was given for this latest delay to Java EE 8 but Oracle was collared this year for going AWOL on during the development process. Engineers and spec leads stopped communication with other members of the Java community while their number of code commits dropped off considerably. Oracle was pulled up and forced to issue a statement insisting it remained committed to Java.

Community sources told us the feeling was Oracle has re-allocated its staff to building out the company’s cloud, instead.

Gaur completely bypassed all of this, but in a phrase reminiscent of British PM Theresa May’s meaningless “Brexit means Brexit” utterance re-played the, by now, well-used party line at JavaOne that Oracle has a “well-defined plan for Java EE 8 and 9.”

“The theme for Java EE next is a new application development style for cloud and micro services.” Gaur said.

Two new focus areas and projects have been proposed – JSON-B and security – with Oracle also seeking approval for the addition of configuration and “health check.”

The programming model has to change, Gaur, warned, to make Java capable of working well with cloud and microservices and for the accompanying coding to become easier and faster, as well as making architecting clean and scalable. That means improvements in Java EE on working at scale, in modularity and in security.

Java EE 8 will support distributed data streams, HTTP/2, key-value pairs, a standard method employed to manage keys using the OAuth and OpenID Connect systems, support for Docker to package more than one artifact in any single container, a unified event model, consistency to manage transactions and multi-tenancy in services.

To help simplify coding, Java SE 8’s Lambda is coming to Java EE 9. Features that don’t make the cut for Java EE 8 will roll over into Java EE 9.

Oracle is now asking community members to say what features they’d like to see in Java EE 9.