Jakarta be kidding me! Google gets $400m tax bill from Indonesia

Java no friend of the Chocolate Factory 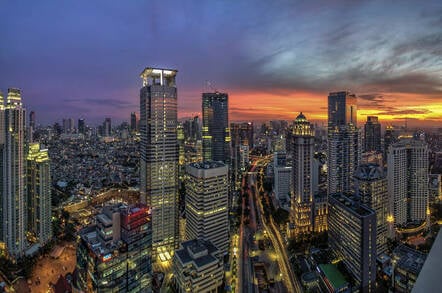 Google is facing a bill for hundreds of millions of dollars in unpaid taxes.

An official in Indonesia wants to collect around $400m in fees from the Mountain View ads giant. Muhammad Hanif of the tax office special cases branch said authorities have visited Google and suspect that the tax avoidance may go back as far as five years.

The Chocolate Factory had declined an earlier request to be audited. After an investigation, it was accused of failing to pay taxes in the 2015 calendar year and would face a fine of four times the taxes owed: about 5.5 trillion Rupiah, or $418m USD.

Further penalties could be issued if Google was found to have similarly avoided paying taxes in previous years.

A Google spokesperson told The Reg: "Google Indonesia has been incorporated as a local company in Indonesia since 2011. We have been and will continue to cooperate with the government and have paid all applicable taxes in Indonesia."

Should the Chocolate Factory indeed run into tax troubles, it would find itself in familiar company with a rival. Apple has been accused of skirting billions in taxes owed to EU authorities, and the case could end up costing the Cupertino maker of iMovie $14.5bn.

Apple has denied any wrongdoing in that case and has vowed to fight what CEO Tim Cook has called a threat to the sovereignty of EU member states.

In an unrelated case, Apple has also had to reach into its pocket to cover a $120m tax bill it had not paid on iTunes sales in Japan. ®