Something worth getting up for 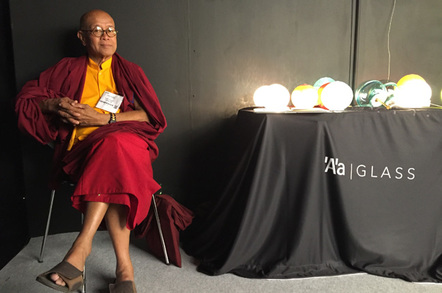 Chaps of a certain age who find their libido fading could do worse than stare at a glaring light source – though not the sort you might be thinking of.

Scientists at the University of Siena have found the sort of lightbox used to treat sufferers of seasonal affective disorder enjoyed a boost in sexual satisfaction compared to a control group who stared at, well, anything else.

Apparently up to 25 per cent of men over 40 report problems with their sexual desire. The Siena scientists, led by Professor Andrea Fagiolini, took their cue from previous research that suggested sexual interest waxed and waned in sync with the seasons.

The same cycle has fuelled the use of bright lights as a cure for SAD, so the scientists posited that a similarly luminous approach could spark up the dimming sex drives of deflated middle-aged chaps.

Flagiolini’s team duly recruited 38 men who had been attending the University’s Urology department after being diagnosed with “hypoactive sexual desire disorder” or “sexual arousal disorder”, both conditions which are apparently “characterised by a lack of interest in sex”. Their baseline level of interest in the other was measured, along with their testosterone levels.

The two groups were then treated to a daily morning dose of light. However, while one group got the full 10,000 lux blast – known as active light treatment – the other group had their box handicapped to emit a paltry 100lx.

Sexual interest and testosterone levels among the groups were measured after two weeks. The group that received the unadulterated active light treatment “showed a significant improvement in sexual function with respect to baseline level, about three times higher than the group that received L-PBO. This difference could also be attributed to increased levels of testosterone in subjects treated with active light therapy.”

Fagiolini said there could be several reasons for the response. One was that the light therapy inhibited the pineal gland, allowing the production of more testosterone. He cautioned that “we’re not at the state where we can recommend this as a clinical treatment” but suggested it could point a way forward.

Of course, there are pros and cons. Men might feel more frisky thanks to a burst of lumens, but as researchers in Michigan recently found, that can lead to its own problems, with older blokes putting themselves at risk of heart problems the more sex they have – particularly if they enjoy it in old age. ®