VMware flings vCenter Server away from Windows, if you want 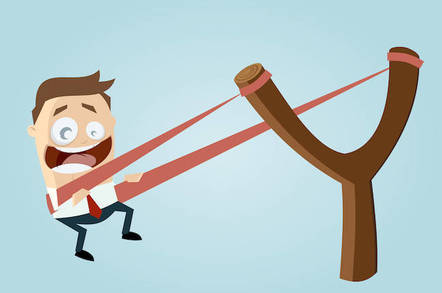 vCenter is VMware's key management application and comes in two flavours. vCenter Server for Windows runs on Microsoft's famous operating systems and lets you manage VMs. VMware has spent the last couple of years bringing the other version, the vCenter Server Appliance, to feature parity with the Windows version. The appliance is a Linux-based beast that ships as a VM and by many accounts just starts running.

Because the Appliance is an appliance, you don't need an operating system licence to run it. Nor do you need a database: the Appliance includes a vPostgres database. The Windows version needs either SQL Server or Oracle. And as we know, Oracle has form being hostile to those who virtualise its products on VMware.

VMware also likes to point out that Oracle, SQL Server and Windows all cost money, so using the Appliance means you could save some dough and precious licences for VMs that do stuff other than manage VMs.

Perhaps the most interesting thing about this situation is that users asked for it. VMware allows the development of “Flings”, useful tools that it releases without initial support. This new converter started life as a Fling, became popular and is now a product.

What does it do? Simple: it takes your vCenter Server for Windows setup and teleports it into a vCenter Server Appliance, apparently in very few clicks and with all data uplifted into the vPostgres.

The migration tool is the only new inclusion in this update to vSphere. ®