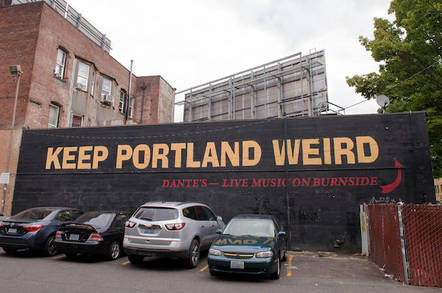 Oracle and the US State of Oregon have struck a $US100m settlement over Big Red's botching of a health portal project. But even though Oracle looks like the villain, it will probably come out ahead in the long term because the state has committed to implementing plenty of its software.

The settlement came about after a $300m health care initiative called ”Cover Oregon” was scrapped in 2015 after blowing its budget and missing deadlines galore.

Oregon sued Oracle, citing internal memos in which Oracle staff said the project was off the rails. Those concerns weren't reported to Oregonian officials. Oracle later argued that the State leaked documents to embarrass it.

That's all behind us now as Oregon governor Kate Brown and attorney-general Ellen Rosenblum today announced the settlement.

Oregon will get $25m in cash to cover its legal costs. Oracle will make a $10m grant to help tech education in the State and has also given Oregon “a six-year Unlimited License Agreement (ULA) for products and services that can be leveraged by the Legislature to significantly modernize state government's IT systems, potentially saving the State hundreds of millions of dollars.”

The State will get the PeopleSoft Enterprise ERP suite, the Hyperion Enterprise Financial Planning suite and Oracle's Business Intelligence suite at no cost.

“All of the software available under the ULA are programs state government has not had the resources to buy but are necessary to modernize core business functions,” the statement says.

Oregon won't pay for that software until 2022, by which time it will almost certainly have become a hard-to-unpick part of the State's operations. Which means Oracle will get paid for years and years and years.

Sure, $100m up-front means the cost of making that sale was much higher than usual. The Register believes this kind of arrangement is known as “losing the battle but winning the war.” ®