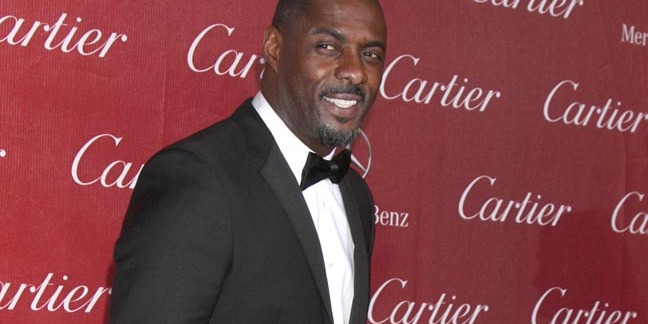 Pity Tom Hiddleston. Not only finished with, er, publicity-shy popstress Taylor Swift but ruled out of contention for the next James Bond film.

According to you, the former Night Manager’s tight buns won’t be shaking and stirring their way through the next 007 flick.

A Reg poll on who should follow Daniel Craig as the next 007 found that our readers’ favourite was Hackney’s favourite son, cerebral top cop DCI John Luther – aka Idris Elba.

Many would be tempted to see the casting of a black actor to a role hitherto inhabited solely by white males – with accents wavering between the Full Scottish Brogue and Received EnglishTM – as a breakthrough on race. Others called for a woman or a gay bond to be cast.

But no. Just as Bond’s producers proved when they went from dark-haired to blond-haired 007 under Craig, it's not about the colour. Rather, thanks to his role in Luther, Elba would bring the brains and not just the kiss, kiss, bang, bang.

As 45RPM noted in Reg comments:

I think that if 007 is to be kept fresh and interesting then it needs to be periodically reinvented - and Idris could make for a seriously gritty, hard as nails, badass Bond. Slimy and sleazy have been done to death - I want to see a Bond who I can imagine standing up to torture or beating the crap out of his opponent. Idris is that man.

Second in our poll? The Reg’s master of weekend smooth Alistair Dabbs.

Steve Button in comments was frank.

Dabbsy or cancel the franchise. He's the only choice I assume!?

Not ifs, no buts, not even an explanation. But Steve certainly tapped into something, with TimR concurring: “Agreed – and it does seem as if he’s in training for it.”

Third in our list was another Londoner, the beardy man, somewhat pouty but serious, serious method actor Tom Hardy. Whether pumped up for Bronson, cerebral in Inception, or introverted builder wrestling with father issues in Locke, he brings range.

But Bond? He could certainly flick an eyebrow but Hardy has a serious line in dark obsessives - Charles Bronson, John Fitzgerald in The Revenant and Bane in Dark Knight Rises.

Perhaps a touch too dark for smooth-talking, unruffled Bond?

One bad man on the screen at a time is enough and we don’t want our favourite franchise turning into a competition of who’s trying hardest to overcome their family issues. ®