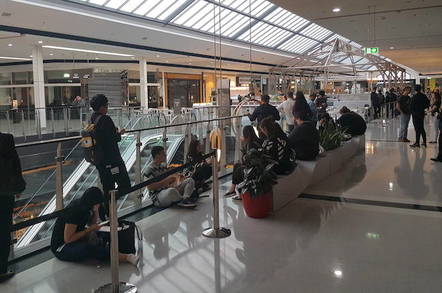 The short and relaxed queue at Apple Store Broadway, Sydney, for the iPhone 7 launch

Apple has warned that this year it won't have lots of phones waiting for walk-in customers, which explains most of the shortfall. But that didn't deter people showing up late on Thursday night at its store in Sydney's Broadway Shopping Centre, Down Under.

The Register visits the Broadway store whenever possible because Australia's advanced time zone means the nation's Apple Stores open earlier than any other on the globe.

We spoke to folks in the queue who began their iVigil at 9:00pm Thursday. Not long after their arrival, Apple Store staff warned them that the iPhone 7 Plus and the Jet Black model would not go on sale to walk-in customers on Friday.

Some therefore left the queue. Just two hardy folk slept over: the third in line arrived at a very sedate 4:00am.

Queues usually wind around the mall's third level and out into the carpark, with Fanbois numbering in the hundreds. This year we counted thirty, with a trickle arriving between 7:30am and the time of writing.

Elsewhere in the mall, local carrier Optus' queue boasted about 20 people, up from the usual six or eight. Some were refugees from the Apple Store queue as they felt their chances of getting the Plus were better at the local carrier's shop. Australia's dominant carrier, Telstra, had a modest four people in its queue when we breezed by at 7:35am.

Despite the lower numbers, some in the queue were still very dedicated.

Steven, who asked us not to use his surname, said he already has an iPhone 7 on pre-order, but sold his iPhone 6 and will buy a 7 today as a bridging phone. He's using a Nexus 5 in the interim and not liking it. 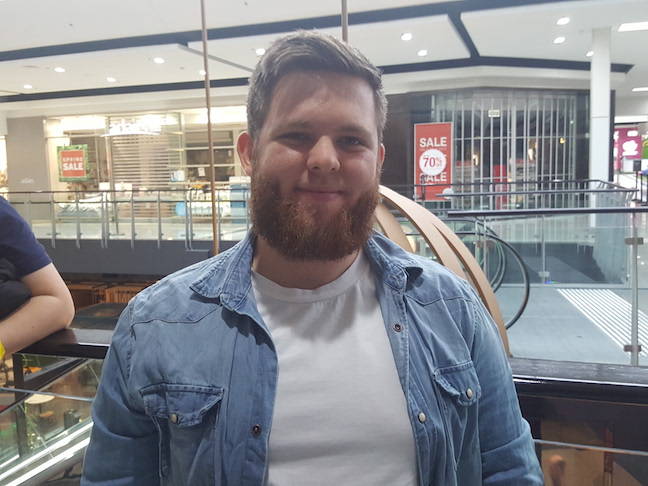 Steven suffering in the iPhone 7 queue, as he's packing a Nexus until his iPhone 7 lands

One thing that hasn't changed is the heavy presence of Apple staff in the Broadway store. The Register counts at least 30 on the floor, most attentively listening as one of their number revved them up for the big day.

The Apple team formed two lines and counted down from 10 as the store's opening time of 8:00am approached. The first buyers were then clapped into the store. Apple Staff displayed none of the circular hugging and bonding rituals we've seen in past years. ®