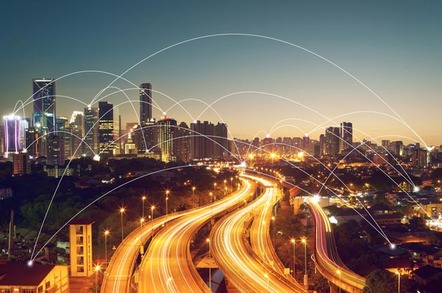 Interview In an age of on-demand Netflix content streaming, BitTorrent Inc – which developed and maintains the peer-to-peer protocol from the early 2000s – reminds many of us of its historic place in file-sharing rather than bringing to mind the modern software biz of the same name.

In pre-YouTube days, BitTorrent accounted for 20 per cent of internet traffic, says the company's former chief exec Eric Klinker. Now he estimates the P2P protocol accounts for around five to six per cent, although he says it probably still accounts for most of upstream traffic.

"How we have lived to be 15 years old? This is unheard of,” laughs the softly spoken boss of BitTorrent Inc's newly created enterprise-focused arm, Resilio.

"That’s a point that hasn’t been lost on my investors who ask: why are you still here?

"But the fact [that] we are speaks to the technology. If you are delivering value, you will survive. If someone invents something better they will beat you,” he told The Register at at the TM Smart City InFocus 2016 event in Yinhuan, China.

Nevertheless, the torrent client and sync and share software company has been keen to reinvent itself. In June this year the decision was made to formally split the company into distinct consumer media and the enterprise outfit Klinker now heads.

That was off the back of a major restructuring back in April 2015 that included significant layoffs, estimated as about 40 of the company’s 150 staff.

"Restructuring and splitting of the portfolio were two big changes to happen and driven by the fact we had over-invested in a lot of products, coupled with some declining revenue numbers,” he says.

Media applications is the strategy for the consumer side of the biz, he says. For example, it recently launched a streaming network called BitTorrent news.

On the music side, the biz is keen to push its Bundles product, which streams albums direct from the artist to the listener. Radiohead's Thom Yorke was among the first to use it, releasing his second solo album through the service two years ago.

Klinker was BitTorrent’s CEO for nine years, increasing its number of users from five million to around 170 million. He still holds an advisory role with BitTorrent Inc.

"The BitTorrent technology is very resilient; it can make unreliable things reliable quite quickly. You can see that in smart cities and IoT networks, where you will have trillions of sensors on a not-so reliable infrastructure: such as a congested 3G network, for example."

He reckons Resilio can help retrofit "smart technology" onto relatively old infrastructure. "BitTorrent is very good at getting data from A to B no matter what the network in between those two points looks like.”

Emergency mobile service for transport is a key area the Resilio side of the biz is targeting, having recently won a deal with the fire service in New South Wales, Australia, which has 500 stations.

"Fire-trucks need data. Every fire-truck contains life saving information whether it's map data or aerial photography that allows responders to know what type of environment they are getting into. But that can be a difficult problem because [the] trucks have good connectivity at the station but they could be called away at a moment's notice."

He likens the problem to needing continuous connectivity to download a file. "If you ever download an attachment and you get to 99.9 per cent and you are on a plane and it moves away from the gate you have to start all over again. At BitTorrent you don’t have to do that. So it is very good at handling intermittent connectivity.”

He also foresees the tech being applied to the increasing use of police body cameras. "This is where we are seeing a lot of interesting markets developing. Smart cities are the same issue on a city wide scale.”

Resilio started with capital from the BitTorrent Inc parent company and is now seeking more cash, he says.

"Our customers are surprisingly not traditionally in America. The proposition is that you have Moore’s law operating at the edge of the network. Not just computers but now IoT... all wanting to connect… But the network infrastructure itself will never obey Moore’s law.

"That is going to create an expanding challenge around efficiency and network constraint. Those problems are real [all over the world]. It’s the notion of where big data meets bad networks - and specifically affects people [on the wrong side] of the digital divide. For example, the community I grew up in has 900 people - and the internet there is nothing like it is in Silicon Valley."

Some have observed that the BitTorrent parent company has a proposition that it is in need of a problem to solve. Whether it can last another 15 years may depend on the success of its recent attempts to identify profitable problems for its technology to fix. ®