Evidence that they're functional smoking cessation aids too 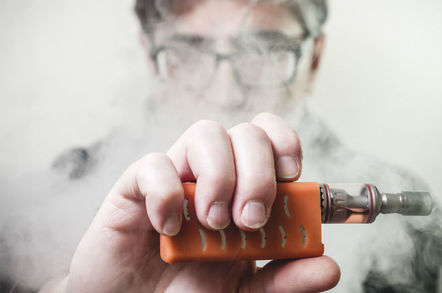 +Comment More research into electronic cigarettes has reported positively on the devices, finding evidence of their use as smoking cessation aids and finding that they do not appear to cause any serious side-effects.

An update to the Cochrane review on electronic cigarettes has restated the findings of the initial research, which was completed two years ago.

It found that e-cigarettes are potentially a valuable smoking cessation aid, although there was not enough evidence to conclude that they helped people quit smoking confidently.

The updated review now also includes observational data from an additional 11 studies which found no serious side-effects from using e-cigs for up to two years.

Aside from throat and mouth irritation, which commonly dissipated over time, the review’s co-author, Jamie Hartmann-Boyce, said “in the short to medium term, we didn’t find any evidence that they were associated with any serious side-effects.”

Evidence from two trials found that e-cigarettes helped smokers to quit in the long term, but “the small number of trials, low event rates and wide confidence intervals around the estimates” meant that the researchers could not conclude with confidence that e-cigs helped smokers quit more than other cessation aids.

Earlier this year, the Royal College of Physicians issued a report criticising “public health” scolds who want to restrict the use of e-cigarettes. It explained: “Harm reduction works by providing smokers with the nicotine to which they are addicted without the tobacco smoke that is responsible for almost all of the harm caused by smoking.”

It also noted that the growing popularity of vaping appeared to have caused panic in the tobacco and pharmaceutical industries, the latter of which has benefited from billions in public health spending on NRT (Nicotine Replacement Therapy) products which are, at least anecdotally, far less effective.

Although the EU is meant to keep itself to single market matters when issuing regulations, its recent Tobacco Products Directive was received by many as an attempt to inveigle itself in healthcare matters. The sinister hands of Big 'Baccy and Pharma (BB&P) was suspected to have been groping passersby in the halls of Brussels.

With increasing evidence that the devices are a benefit to society, updates to studies such as the Cochrane review suggest that BB&P's efforts to tackle its declining market share will become increasingly more overt. ®